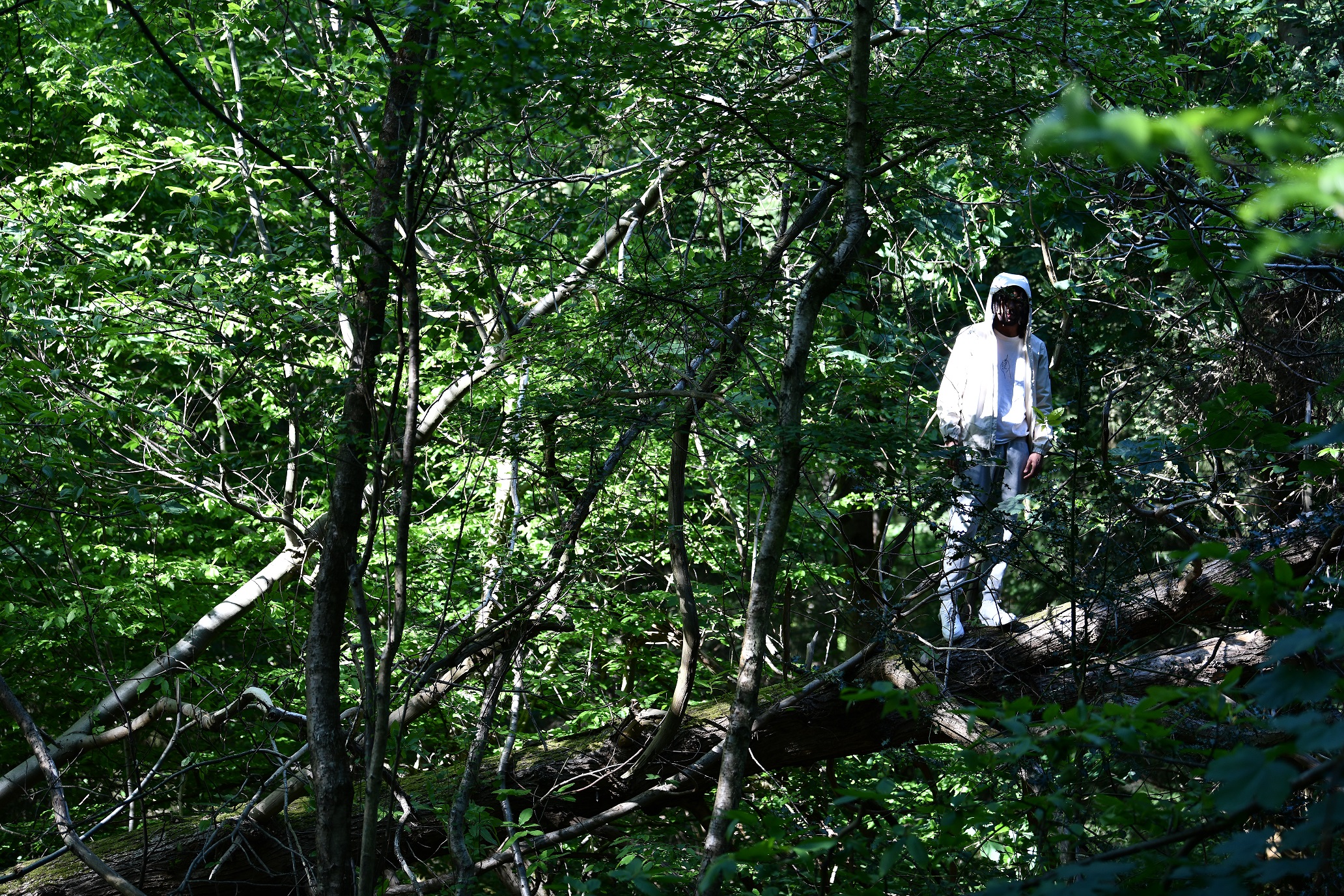 North London based Coops releases his fifth album ‘Crimes Against Creation’ on High Focus Records, an 8 track collaboration piece with long term stablemate Talos, the producer who is responsible for almost all of his beats thus far. This is an interesting offering, as remarkably it was fashioned in only 4 studio sessions, whereby the whole creative process happened much faster, enabling a time capsule of sounds to be created during the lockdown of COVID-19. This is very much an album for the now, addressing the current situation and general feeling of malaise present in society. Clearly the speed in which this album needed to be dispatched aided in the pair capturing some lightning in a bottle, unleashing a fairly powerful payload for the listener, raps and beats alike.

Before signing to High Focus in 2017, Coops had opened up for the likes of Nas during his first ever live performance at London’s O2 arena, an artist he cites as a major influence alongside Jay Z, A Tribe Called Quest and Eminem, among others. At 23 years old he won Choice FM’s Breakthrough Competition, a spingboard that led to a slew of releases, with notable entries such as Lost Soul (2014) and No Brainer (2018), shaping some solid foundations for Coops to build apon. He has previously said that “I’ve always had the mind-set that if I’m true to myself

and where I am, as a social commentator or looking inside myself documenting that stage of my life, then I’ll have endless material”. This could not be more true right now, it certainly does feel like the end times, or at least some bleak dystopian future you might see depicted on a TV series on Netflix. Even though the album highlights the ennui everyone is experiencing present-day, this doesn’t stop Coops from waxing lyrical on every track, he goes in!

The album opens with ‘Boom Biddy Bye’, a deluge of smooth flows pepper the punchy beat patterns and Coops drop lines like, “Who went and gentrified this whole rap ting? I swear I’ma have to boom biddy him if I catch him..”, a great opener with a bunch of catchy wordplay. A lot of the songs on the album seem to have beats, breaks and bass reminiscent of golden era Hip Hop, especially ‘Laws of Nature’ and the titular track ‘Crimes Against Creation’, a new wave of boom bap sound that is timeless.

‘Bring The Fire’ has some nice keys, building percussive sounds and the video sees Coops running through North London bearing a flaming torch, which is a powerful image in contrast to the more sombre tone of this track, some great videography here. ‘Piss Poor’ explodes out of the speakers with heavy b lines and is one of the stand out songs on the album, I can already hear the crowd shouting the hook back at Coops at the next live event (when clubs re-open of course). Solid production and wordplay make this one jump off the page. ‘Profile’ allows the use of double time bars on mellow vibes, a decent chilled out number that sets up the final track. ‘End Times’, a fantastic finale that delivers a cautionary tale, giving cause for reflection during these strange days, Coops also sings the hook which is infectious and rounds off the release nicely, a great combination of words, harmony and beatwork.

Coops also knows where to leave pauses for emphasis and effect, I think somewhere down the line this has been forgotten by some. Leaving these little moments for people to hang on your words, dropping the beat out completely, then bringing it all back in evokes a certain feeling, this is Hip Hop.

The album definitively captures the zeitgeist of the period but surrounds it in exciting beats and breaks, softening the impact of these difficult times, this is a provoking, swiftly made release that needs to be consumed in the here and now, another fantastic edition for the High Focus fandom.

‘Crimes Against Creation’ is out now, grab a copy on your preferred digital channel, cassette tape or even better get the limited edition vinyl.