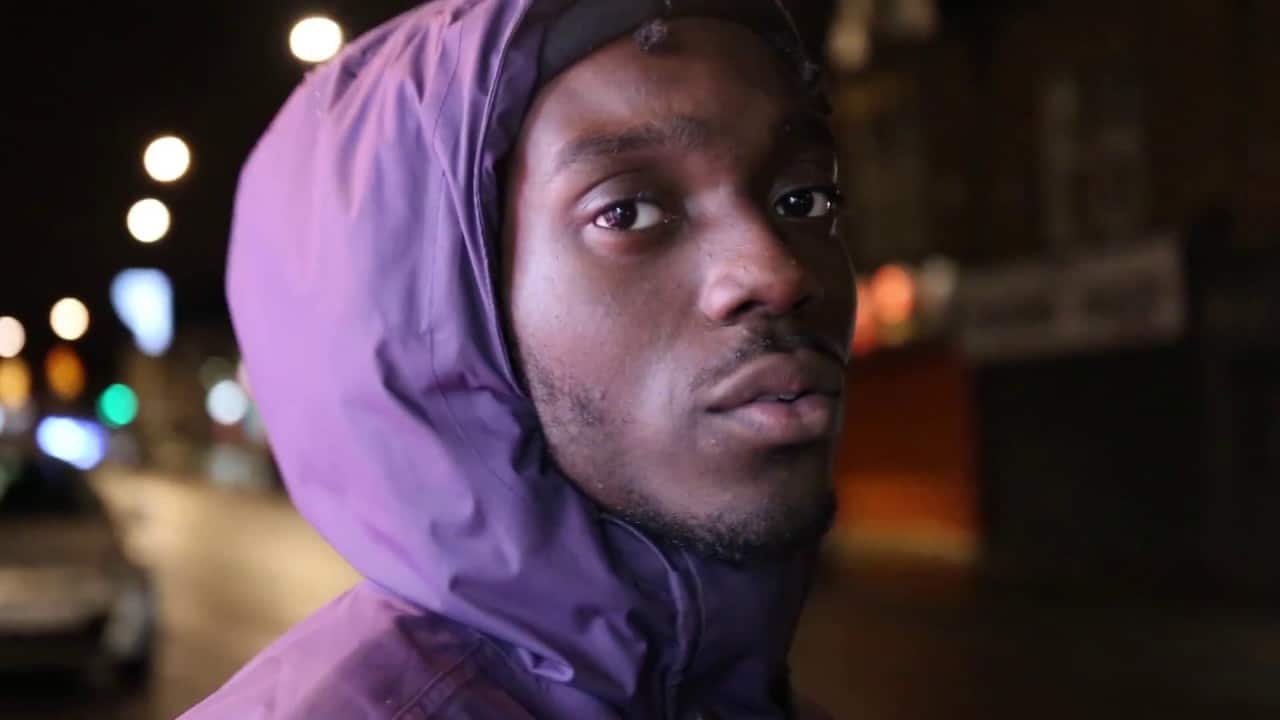 Hailing from Leeds, the formerly shorter titled ‘Pertrelli’ has donned purple as both a hue to his visuals and extension of his name in the last couple of years while growing as an artist into the persona of Pertrelli Purple. If there was such as a thing as a Slept On Ranking Equation (or S.O.R.E because acronyms are fun) whereby the amount of talent someone has is multiplied by the amount of heads not listening to them… P would be somewhere very close to the top of an imaginary league table based on it. And would have pretty good reason to feel sore about it himself.

As UKHH has been part of the sleeping masses until very recently when we posted his dope latest release IMPATIENT, it seems only right for our next 3 Reasons to cover all things purple.

Before we even get into how sick this tune is, Joshua Schmidt on directing duties deserves some jumbo sized props for how slick the time morphing video is. Beyond the videographer’s obvious hand in how good this looks, some of the credit for that no doubt goes to Pertrelli himself. A trek through his visual output shows a clear creative direction and purpose. Aesthetics are important to the lyricist and its impossible to ignore the level of control he has over them. With the colour purple as his chosen motif, although subtler in the video for ‘Time Lapse’ than some others, its presence from painted walls, to clothing items to city lights is pervasive.

This point aside, yet again tying in with the visual elements, the topic matter dealt with here over a plaintive instrumental shows a depth way beyond the MC’s years. While his lesser contemporaries are dreaming of bitches and chains, Purple is pondering perception of time and human entropy.

With a lot of his music occupying more musically spacey, lyrically pensive territory ‘(K)new’ is a reminder that when Pertrelli gets raw he can make a banger fit to break necks and tear the roof off a tower block. Released as a single this September, available to buy or stream now on iTunes/Apple Music or Spotify, the older, slightly rougher cut above has been kicking about for a couple years on SoundCloud. Gory beat. Savage bars. Heavy.

With a natural growl to his vocal tones at points reminiscent of Genesis Elijah there’s something powerful about Purple’s frequent leanings towards introspective topics and chilled melancholy instrumentalism. The contrast between guttural bite to the bars, lyrical depth and dreamlike production (courtesy of Joe Tessy here) is as evident as ever on ‘I Lay’. Yet again slick with the visuals, the previously mentioned chromatic theme of Purple is ever present in the low key video by RSLBM.

And one for luck…

I couldn’t whittle down my reasons not to sleep to 3. So breaking UKHH Convention here’s a fourth…

Put heading to Pertrelli Purple’s bandcamp high on your to-do-list. 3 releases (all available to download for name your price) span his 3 incarnations thusfar since 2015. With works under Trelz, Pertrelli and Pertrelli Purple, each is distinctly ill in its own way and listened to in order they illustrate a clear artistic progression.

‘Sanc’ is lifted off the most recent release Divesancdrowned. Shorter than its predecessors, the 3 track conceptual micro-EP forms one complete downward metaphor. Mid point in the descent, second chapter ‘Sanc’ boasts an underwater feel to the production and lyrics peppered with aquatic references that persist throughout the project.

For more UKHH recommendations of artists that deserve to be on the radar check out some of our most recent ‘3 Reasons Not to Sleep On…’ pieces below:

3 Reasons Not To Sleep On… Lady Sanity