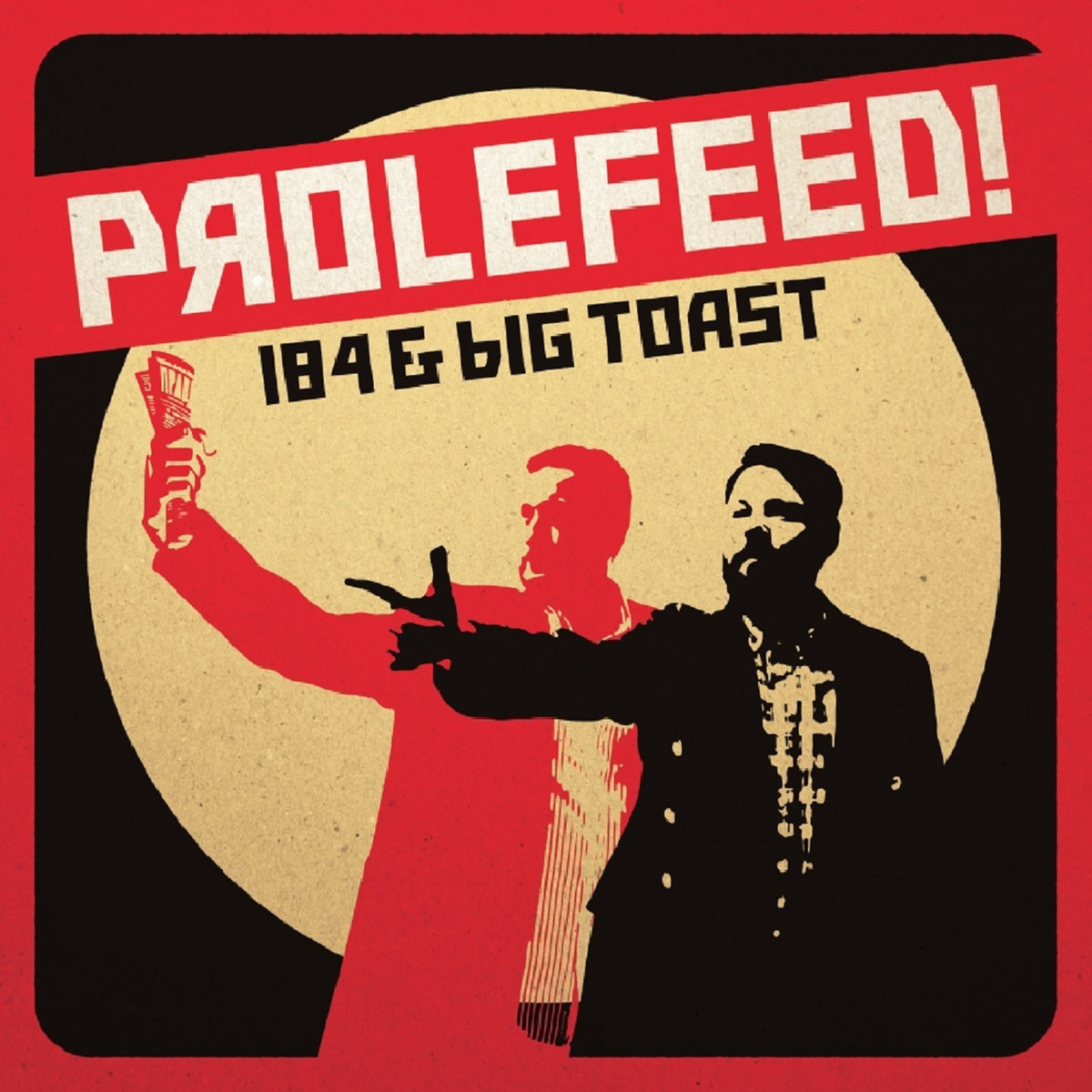 January’s a bit shit, isn’t it? It’s that time of the year when nobody wants to go out, nobody has any money and the weather never evolves past ‘grey and drizzly’. Pile on the incoming environmental apocalypse, economic Armageddon and the impending collapse of the NHS and it’s enough to make you yearn for a quiet little cave somewhere in Afghanistan. Thankfully, Revorg Records’ Big Toast and producer 184 (of Gangoon Dubz fame and Western Decadence co-founder) have the antidote. The rapper and producer have teamed up to bring you Prolefeed; a grim, hilarious and all too real glimpse into our fractured little island.

As you might have guessed from the title, Prolefeed has a distinct focus on the modern working class experience. Inequality, class and conspiracy theories all get a look in – and are all suitably savaged by Big Toast – but this isn’t some Billy Bragg-style ode to the working man – it’s a verbal dissection of how our own narcissistic, celebrity-obsessed mentality has allowed a generation of Patrick Bateman’s in-the-making to prosper (and, in one extreme case, become President).

‘Leaky Bag’ captures the mood of a generation adrift in a sea of zero hour contracts and Insta-gratification selfies. Meanwhile, ‘Have a Nice Day’ picks apart our artificial existence like an IKEA advert in reverse, dissembling our commercial mindset to expose our flatpack lives for what they are – interchangeable (and also quite shit if viewed from up close).

The production is on point, from the bluesy soul instrumentals of ‘High Horse’ to the simple piano chords of ‘Before the Wankers’. For an album named after the sterilised plastic “entertainment” offered to the ‘proles’ of Orwell’s 1984, Prolefeed covers a pretty diverse soundscape. But then, 184 has one of the best pedigrees in UK hip hop. Working alongside the likes of Jehst, Ramson Badbonez, Dr Syntax, Buggsy, and Jam Baxter, the Brighton-based producer has honed his style and developed a distinctive sound. “Copy paste dogshit-crafted creation” this most certainly ain’t.

Of course, for those looking to their music as a means of tuning out the real world, Prolefeed might not be the antidote their looking for. In fact, coming at a time of civil war, doctors in food banks and economic seppuku, Prolefeed feels almost like a slap to the face, but maybe that’s just what we need. After all, as Toast himself says on Nothing Matters: “I’d rather be offensive than reject the intellectual.”

Prolefeed is out now on 184 Productions and Revorg Records.