Forget your preoccupation with gender: C-Mone has grown up to produce one of the best albums in the UK, full stop. Keeping one step ahead of the crowd, the new album seamlessly blends politics with emotions, hard beats with electro influences.

Despite the fact that her star is rising fast, C-Mone has stayed as unpretentious and down to earth as back in the Out Da Ville days, read this interview to find out more about the making of the album ‘The Butterfly Effect’.

LC: Introduce yourself to those who don’t know who C-Mone is? 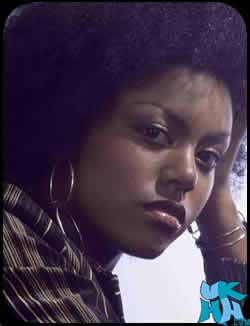 C-Mone: Hi, my name is MC C-Mone, I’m a hip-hop MC from Nottingham and I’ve been involved in the ukhh scene since 1997. I started out in a crew called Outdaville, went solo and dropped my debut E.P ‘C-Mone’ in 2003. I set up my own label lil Dark Whisper Records in 2004. I’ve worked with Estelle, Mike Skinner, and won best female MC at the 2005 UKHH awards. The album (my first) ‘The Butterfly Effect’ is out now.

LC: You’re releasing your album now, how has it been completing it, was it a long haul?

C-Mone: It took about a 9 months/a year to do, then another 6 months to master, do artworks, the business end of things, planning and the promotion, etc, cause we wanted to do it the best we could, keeping things tight.

LC: Who did the production on the album? Did different producers inspire different vibes or did you already have the lyrics and know what you wanted the tracks to sound like?

C-Mone: I wanted the producers to do their thing and then I picked beats I liked. Nick Steez did around half the tracks, he is real diverse and a musician with an ability to create from scratch many different feels. DJ Fever did two pieces of production and he is great, wholesome and old-skool. The P-Bros also did a track and their style is straight up big beats and dirty breaks which is don’t fuck with me hip hop. Switching up I worked with a gifted young producer, Smiley (19/20yrs), who produce the heavy ‘Article 5’.

LC: Were there any tracks made that eventually didn’t go on, as they didn’t fit with the album as a whole?

LC: How do you feel you’ve progressed as an artist since your last tune was released?

C-Mone: I’m really just progressing as an artist the whole time, getting closer to the sound, feel and sound that I envision. Not many artist are content, I’m always trying to do better and better tunes cause I really enjoy creating good songs.

LC: As an MC who came on the scene as part of Out Da Ville, are you used to being a solo artist now? Is it harder or easier?

C-Mone: This is who I am now and I wouldn’t have changed a thing, where I started out from, leaving or the position that I’m in now.

LC: I know you were doing some community music work when we last spoke, are you still involved in this?

C-Mone: Yeah, I still do a little; at least 1 week voluntary minimum per year is what I like to do.

LC: Nottingham has got a lot of bad press in the mainstream media recently, what is it really like as a city?

C-Mone: It’s pretty in the summer, dry (boring) in the winter and happy over the Christmas period. There have been some tragedies; it was a really sad time for thousands of people across the city who felt deeply wounded.

LC: Do you feel that it is the same being an MC on the U.K scene regardless of gender or do you feel there are distinct differences in the male and female experiences of spitting?

C-Mone: Women are better than men at everything, there needs to be more girls rapping and we are amazing.

LC: Does the album have an overall message / inspiration?

C-Mone: Yeah, DIY, make music in your bedrooms, round your friend little studio, book in and hire a professional studio to mix ya tunes, sell em on the net, go for it (making music) and enjoy it.

LC: I felt a real old-skool almost electro / Lil Louis vibe from ‘Ride’, what was the inspiration for these lyrics and style?

C-Mone: It does have quite a old-skool feel, and that’s why I love it. As soon as DJ Fever played me this beat I knew exactly where it placed me, at the end of a night, drunk, city nightlife. The beat has quite a lazy but sassy feel and that’s what lyric I felt it called for.

LC: Black Widow is probably my favourite track on the whole album, does it come naturally putting over a strong message yet not preaching to your audience, because the tune is like a history lesson but not a lecture?

C-Mone: This was a concept I wanted to rap about before I wrote this tune, a celebration of women, the great things we’d done and these are just a few. I think I might have do a part two (three and four). I don’t think we big ourselves up enough, you don’t have to be a radical / extreme feminist to celebrate being a woman, it’s really healthy too.

“…there needs to be more girls rapping and we are amazing…”

LC: Watching You has a kind of Donna Summer / Diana Ross slant I felt in terms of its groove, where did this come from?

C-Mone: Watching U definitely has a dance / club feel to it, I don’t think Nick Stez sampled anything on that track and so I guess it just has that natural club vibe to it created by the producer.

LC: Catch me if you can starts the album on such a strong note, was this an enjoyable tune to make?

C-Mone: Yeh, loved doing this tune on a strong MCing tip – straight out the gates, going for the throat.

LC: I really admired the balance of the lyrics in Article 5; can you expand on what made you write this?

C-Mone: The idea of having a police force is a good idea, a group in place to protect people, but in reality the British police force just isn’t diverse enough and this leads to problems. After one too many (well, one is too many) incidences of the police being heavy handed, corrupt, bullies and racist I wrote this track. I hoped to get a clear message across that nobody’s untouchable in the end and that peeps should strive to live the best lives they can in the face of such unfairness and oppression.

LC: What is going to be the next single?

C-Mone: Catch me if you can, I’m gonna try shoot a video for it over the next few weeks.

LC: Why should people buy this album?

Many thanks to C-Mone for taking the time to talk to UKHH, and to Trev for hooking up the interview.

If you haven’t got the album yet: BUY IT!! I’m not exaggerating when I say I firmly believe this album will stand the test of time and be seen as a UK classic in ten years, the message is uniquely feminine but revolutionary in its’ strength, most sensible home grown lyrics I’ve heard in years, totally in a class of its’ own.