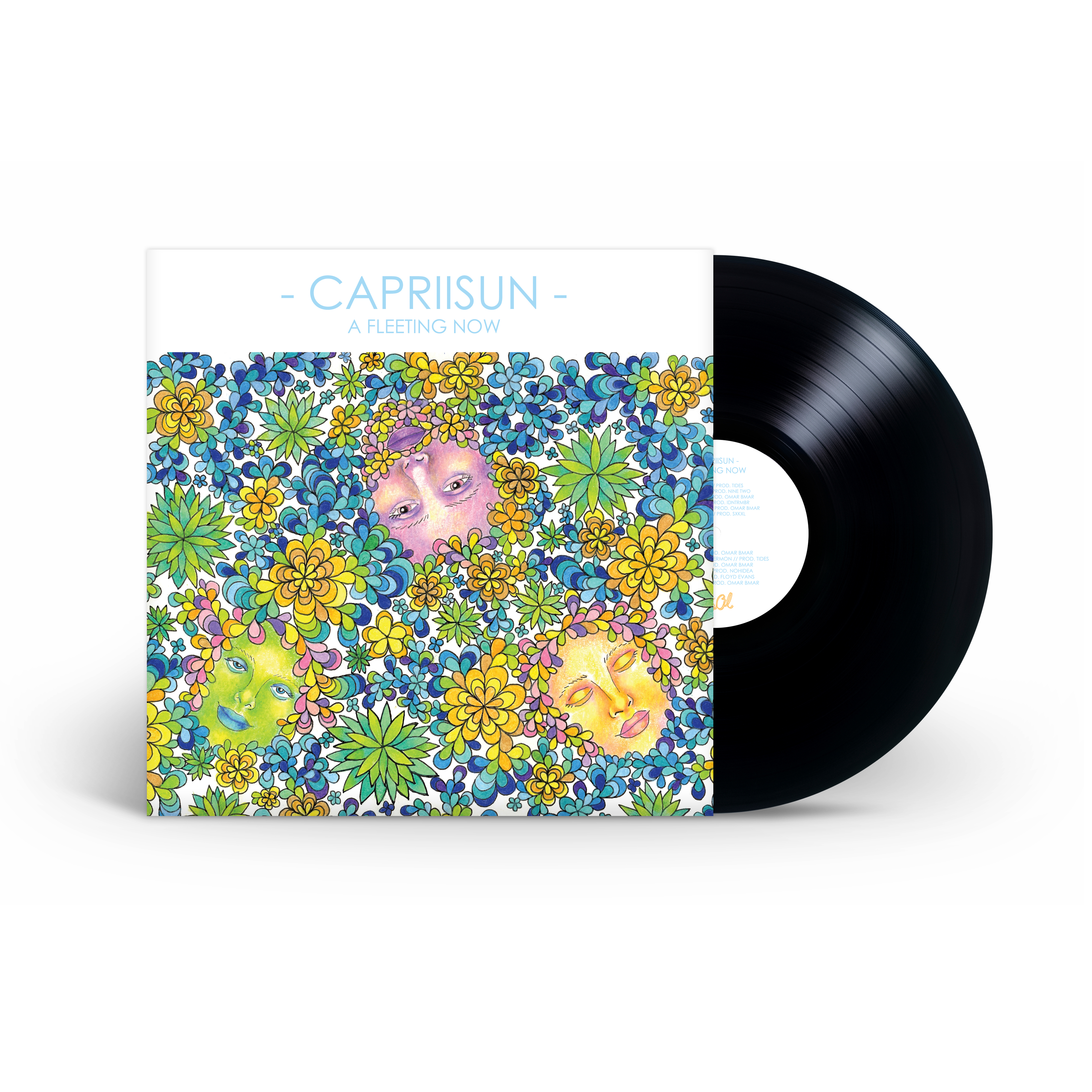 Jetting between “Barcelona escapades”, “pit stops in Luxembourg” and “breezing through London”, all the while drinking “aperal spritz” and “absinthe” to the instrumental backdrop of a cocktail party soiree, Portland, Oregon rapper Capriisun’s debut project ‘A Fleeting Now’ is a masterclass in being in the moment.

And as these references to moments and places seamlessly give way to transcendental observations, it is Capriisun’s practically effortless poetic flair that takes centre stage. Infectiously intricate rhyme patterns and revolving syllables do the job of any hook with each verse-dense track regularly dipping below the 2-minute line in a torrent of carnal pleasures. Packaged in a trembling, staccato delivery that almost sounds like a slow-moving guitar solo, it is no surprise that Cap has caught the eye of some of the UK’s most stout lyricists. With a demeanour that mixes the piercing tones of artists like Westside Gunn, the scheme-based meanderings of co-collaborators Lee Scott and CLBRKS and an accent ambiguous enough to rival all of the above, he doesn’t just defy East-West coast distinctions but transatlantic ones as well.

Slotting in alongside the soulful tones of fittingly global-sounding yet UK-based label Group Bracil, visuals for lead single ‘Celeste’ star Capriisun jetting off this time to “smoke some big hash in Spain”, ducking and diving behind grainy footage and production alike. As he candidly goes about the events described in his lyrics a deeper meaning to the projects title begins to emerge, coming across as a reminder to celebrate and cherish these fleeting moments of transience while they’re still present.

With such a natural ability to walk the listener in his footsteps, each track’s cinematic first-person narratives do indeed feel like the soundtrack to Capriisun’s life itself, riffing and rhyming away to perennial drum kicks at any given moment. And, as final track sees Cap simply fade off into the distance mid-rhyme scheme, this pretty much seems the case. Interlude ‘A Fleeting Now’ describes an invisible yet public moment in which a couple lock eyes from across the room at a busy party and in that instance share a special connection between them. This seems to be hinting at Capriisun’s approach to music as a whole- with lyrics that capture an acute sense of presence and time, each track invisibly yet very publicly locks eyes with a fleeting moment as do two lovers across a busy room and enshrines it in kaleidoscopic patterns and sun-kissed beats.

Capriisun’s travels may well be the object of envy to many listeners- especially given the prospect of a second lockdown looming over the U.K.- but his ability to translate them so picturesquely into music does provide something in the way of consolation.
Take a trip with Capriisun and Group Bracil to “smoke some big hash in Spain” on ‘A Fleeting Now’ out now!