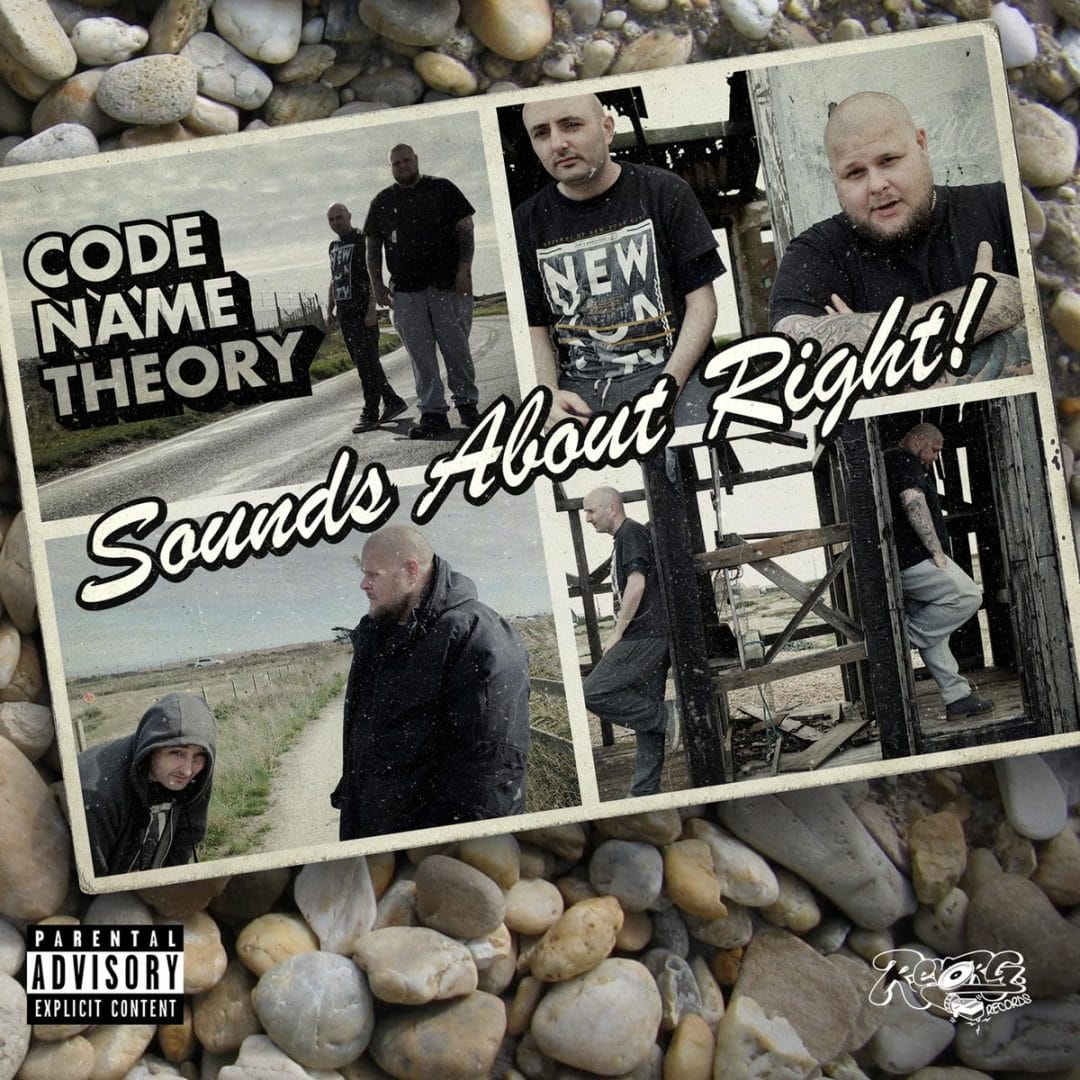 The latest release from Revorg Records, Sounds About Right! sees veteran MCs Manage & Blitz come together as Code Name Theory (CNT) to drop a timely EP of absolute bangers. But Sounds About Right! is more than just the usual mix of hazy stoner tracks with a twisted sense of humour – it’s a call to arms for an angry, forgotten generation.

As a former member of Caxton Press (Manage) and a self-described “retired astronaut” (Blitz), the two emcees have honed their sound to laser precision. With Sounds About Right!, CNT have the powers that be of in their sights. Both acts are known for their socially conscious rap in their own work, but as CNT, the two emcees are more awake, more engaged, and angrier than ever.

When Manage spits bars on ‘Need Guidance’ about “So-called leaders, Chattin’ lies as they lead us / With false hope / That they’re speakin’ / my heart’s bleedin’ / Jesus this world is mad / There’s no pleasin’ us,” you can hear the anger in his voice. This isn’t some empty teenage rebellion, it’s a genuine indictment of our fucked up society.

If all this sounds a bit serious, don’t worry; Sounds About Right! still finds time to take aim at the more ridiculous elements of British society, especially “Mummy’s boys with rappin’ schemes” and all the “Tarquin’s with hip hop dreams”. Even at its most serious, the EP keeps one foot firmly in the absurd. Bars about corrupt leaders and an aimless population jostle with lines about cups of tea and burning zoots.

The production – expertly handled by Manage with some help from Kolak47 and Hutch – provides an ideal backdrop for the razor-sharp bars. Even ‘Planet Stone’, a hazy stream of consciousness with a cosmic twist, bristles with an undercurrent of anger like it’s about to stumble across some hidden life form à la Sigourney Weaver on the Nostromo.

At their best, CNT articulate the disenfranchisement of a generation brought up under the shadow of austerity, of a country still coming to terms with the gulf between the political rhetoric we see on TV and the reality on the ground. Sounds About Right! isn’t just a snapshot of 2018 Britain, it’s an X-Ray of our terminal existence, an autopsy of a shattered illusion. They might not paint a pretty picture with their lyrical soundscapes, but it’s a picture many in the UK will recognise as all too real.