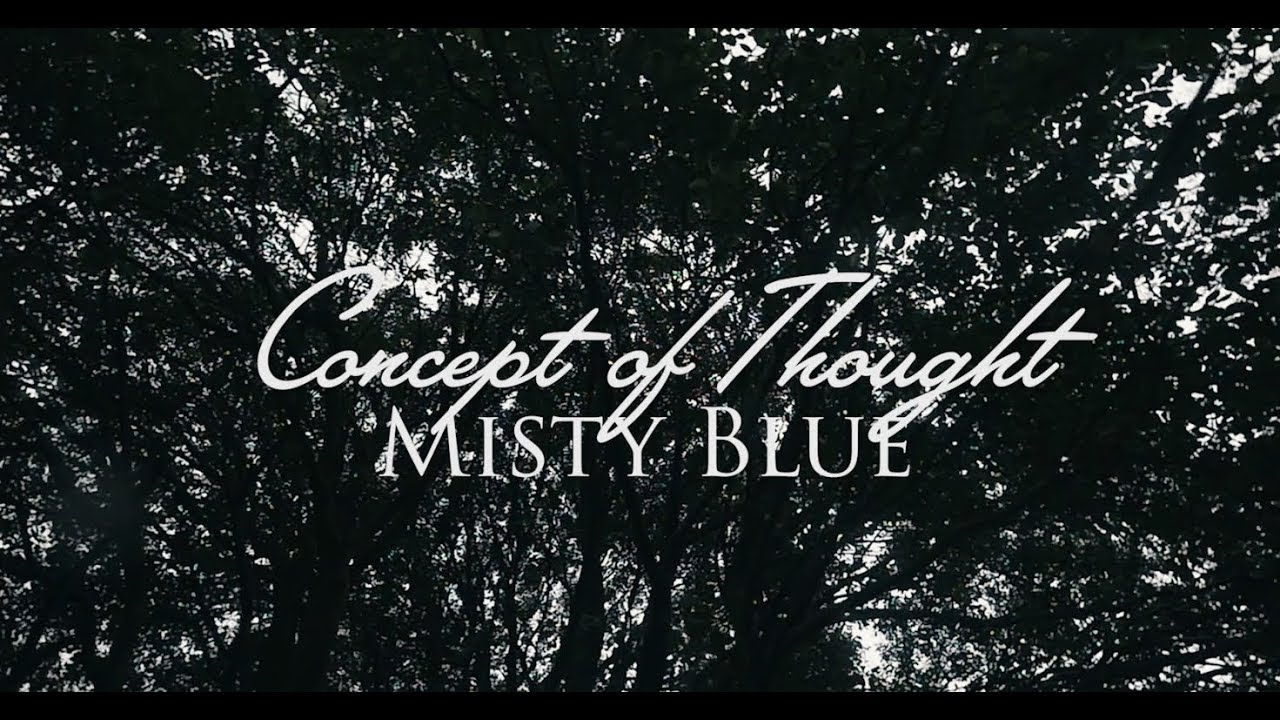 Seven years after Concept of Thought released their debut album Painting on Silence, the Brighton-based duo are making a highly anticipated comeback with their new album, Misty Blue.

A two sided album; Misty Blue is comprised of 12 tracks. Side A offers vocals from COT, accompanied by Daisy Drage who infuses heavenly harmonies throughout each track; side B is dedicated to the instrumentals of the first 6 tracks, produced entirely by Birmingham beat maker Joe Corfield, whose been making his mark all across the UK.

Dedicated to a friend who Awfer and Illiterate lost in their youth, Misty Blue’is a project that radiates gratitude and love for the planet and the people on it. The skill and insight gained by COT since the release of Painting on Silence is clear. Misty Blue feels like the release of seven years, at peace with each moment passed.

At times metaphorical and always poetic, it’s no surprise that COT have kept honesty and wisdom at the forefront of their lyricism throughout each track, while still maintaining the same heat we know and trust to expect from a Yogocop release. The album opens with it’s title track, first released on the 14th of June alongside visuals by Brothers of the Mud. Something about the track ‘Misty Blue’ differs from the rest of the album. While still feeling in place with every other song, the oriental sounds entwined within the beat create a sense of calm and freedom, and that’s exactly the message that’s conveyed throughout each verse. We’re welcomed into the song with dreamy vocals from Daisy Drage, followed by an opening verse from Awfer that invites us to reminisce, and reminds us to appreciate each moment and thing surrounding us. Illiterate holds true to what he does best, infusing observations of daily life with his own insight and wisdom. Both paint lyrical pictures of the landscapes they call home.

Each component of Misty Blue has been brought together in complete harmony. The contrast between the intensity of Awfer’s delivery and the soft, mellow nature of Illiterate’s flow balance together perfectly alongside their open, at times raw, approach to writing. In the third track titled ‘Fields’, Illiterate’s line “I pour my heart onto paper every time I write” is a truth conveyed throughout the whole album, and it’s that level of truth that makes Concept of Thought stand out in the UK’s scene. The lightness and fluidity Daisy’s vocals bring, combined with Joe Corfield’s stripped back, jazz-infused production throughout perfectly encapsulates the feeling of letting go and moving forward, which is what it feels Misty Blue is all about.

After their seven year hiatus, Concept of Thought have come back on the scene with a project well worth the seven year wait. ‘Misty Blue’ will be released on the 4th of July, and is available now for pre-order from Yogocop Records.

Kofi Stone – ‘Nobody Cares Till Everybody Does’ Review