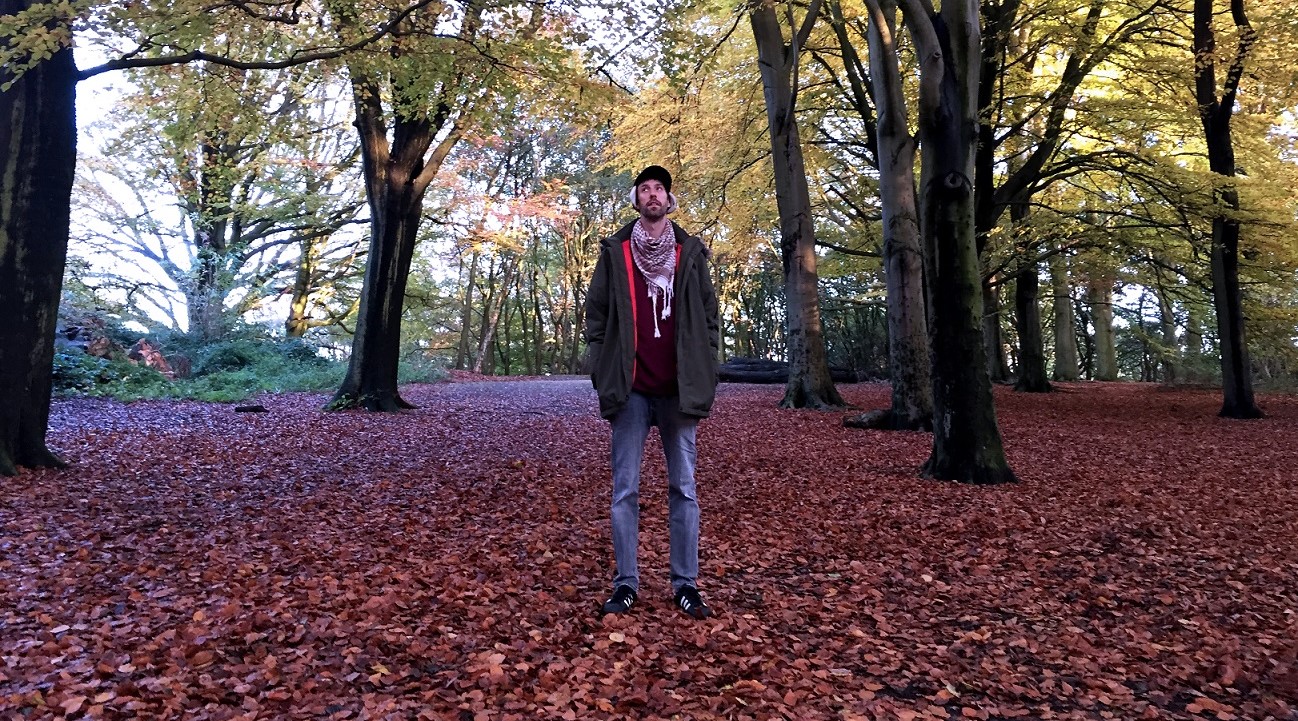 London based producer and rapper Elian Gray releases his debut solo album ‘Awkward Awe’, on his own imprint Safe Yeah Music. These 14 tracks of wonderment are a blend of fanciful wordsmithery and experimental sound design, which borrows from off-kilter, unexpected genres that amalgamate with golden era boom bap, to produce quite the immersive journey. The album examines subjects like politics, addiction, religion, mental health, it’s also packed with clever witticisms and classic rap punch lines. Deviating from the mainstream and floating through contemporary electronics, it shares more of a commonality with trip hop or psych rock, but still manages to deliver a solid punch in the periphery of Hip Hop music. Although this is the first time Elian has released a completely self-produced, self-written piece of work, he is definitley no greenhorn, previously sharpening his skill set with outfits like Gentle Mystics, Underground Aliance (Undali) and Def D Fires, with some notable UKHH releases such as ‘O:ZN‘ and ‘Basementality 2‘, among others. His opus has allowed him to perform at various festivals around the UK and Europe, while continuing to develop production techniques working as a soundtrack artist, cutting demos for a variety of musicians and vocalists.

‘Awkward Awe’ may appear at first listen a skew-whiff clash of styles but actually its a cleverly crafted juxtaposition of the strange and unique, you will find some splendid alternative Hip Hop within it’s confines. So let’s get into it, the devil is in the detail, as they say.

The album opens with the titular ‘Awkward’, a long spoken word first half leads into lovely rich strings and punchy drums, peppered with Elian’s angsty, quirky humor. His style draws comparisons to the likes of MF Doom, El-P and Aesop Rock but he puts his own spin on it, moving from smoothly delivered double time bars to spoken word and psychadelic, sometimes within the same song. All entries are delivered with a certain bulishness, invariably dark and filled with pop-culture references from things like Akira, The Room, Jacobs Ladder and many others that’ll please the fandom.

‘Mango Lassi’, has an echoing Middle Eastern chant sitting atop of calm guitar riffs, with late drums dropping in with strong bass, making for a great musical piece. ‘Pisces’ has a series of gentle xylophonic chimes, rimshots and vocal samples that mix together on this laid back number.

“..An ocean of mango lassi lapping at his haggered feet, the flaccid steam of travellers gagging to have their chakras cleaned, his back alley darshan known to spark acts of savagery but s’il vous plait silence for the satsang and have a seat. And let Baba speak, prescribed to the doctrine haphazardly, as he weaves a spider silk tapestry, a delicate plethora of stained glass images, all depicted in the very same fallacy, miraculously...”

“..We’re living in a world gone mad off it’s Rockerfella, halluminati in your mozerella, now we got blogs to tell us how journalism lost it’s essence and Urban Outfitters are hosting ayahuasca sessions. So much for forgotten teachings, we’ve built machines that can’t be broken down in solid pieces..”

There are a couple of instrumental tracks that spotlight the sound craft, ‘Peter Vacant’ and ‘Mary J Poppins’, light harps and crisp snares on jump up beats, fantastic stuff. ‘Haters will say It’s Photoshop’ has a Vangelis like quality, sampling bleak electronic soundscapes, whereas ‘Come Down With Me’ is a much harder track that builds into a strong consuming crescendo with a great hook plonked in the middle. The second titular track ‘Awe’ (lasting nearly 7 minutes) rounds off the album with progressive multi-genre heightened sounds and samples, another great example of how ‘Hip Hop’ artists are no longer bound by one classification of music.

This is a well crafted but twisted journey down the rabbit hole, a patchwork of oddities that combine what you love about rap with new refreshing avenues of sound. Definitley one for anyone who enjoys inventive, eccentric wordplay and solid production. The tracks runaway with themselves and this is not some mere fandangling, this is a release that will leave you flabbergasted and flummoxed, not to be missed.

‘Awkward Awe’ is out now and available everywhere digitally, grab a copy!