Follow us on Spotify and check out our sequel to the first UKHH.com: New Waves Playlist, a massive collection of songs that act as a guide to some of the new sounds emerging on the UK’s underground hip hop scene.

Almost two years ago we released our first guide to some of the new genre-morphing sounds emerging on the UK’s underground hip hop scene. Since then, Ashbeck & El Londo’s distinct brand of conversational British trap has inspired a whole new generation of artists of their own, Knucks’ injection of vulnerability into grime and drill has become a landmark musical intervention in its own right, Nine8 Collective have become a beacon for ventures much further afield, and Lord Apex remains a somewhat unsung (but very well-rapped) tastemaker on the scene. With these waves moving so quickly in the same space of time that many of us have been reusing the same raggedy facemask, it seems about time to release an updated guide to some of the sounds you can expect to hear on the UK underground hip hop scene in 2022… 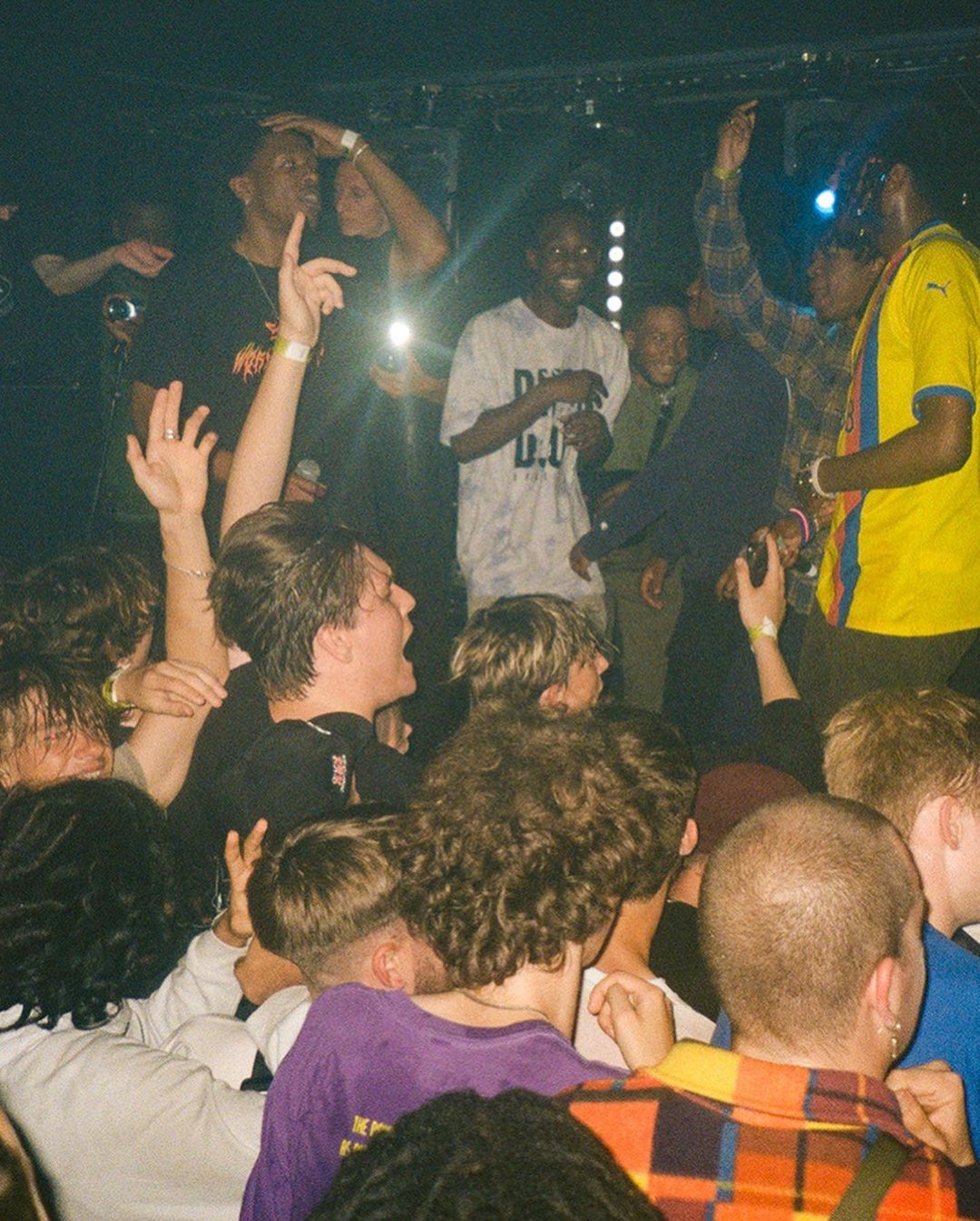 Putting the ‘wavey’ in ‘New Wave’, Namani & El Londo’s ‘Text Language’ seems like the perfect description for the no-frills lyricism and millennial bounce brand of British Trap popularised by House of Pharoahs and, more recently, Ashbeck & El Londo. Trading the auto-tune of US trappers for an exaggerated texture of natural intonation, vocals stand loud and central in a listening experience that is all enjoyment. Also flying the flag for this very British interpretation of bouncy kicks and cowbells is outright man-of-the-year Sainte as well as rising name Fixa, existing at the intersection of trap, drill and afrobeat alongside a crew of eclectically accented individuals.

Innovating on a separate lineage is the so-called Mellow Grime movement- alongside which, in artists such as Knucks, Namesbliss and Yusef Slim, a Mellow Drill movement can also be observed. Basically, instead of just chinging man down, artists like Knucks will debate the moral complexities of chinging said man down, before ultimately chinging him down. Welcoming lo-fi inspired melodies and a more varied approach to songwriting into the traditionally high-impact genres, tracks like Knucks’ ‘Home’ and Central Cee’s ‘Loading’ are sure to get your nan checking the sporting section of TK Maxx for balaclavas. Further afield are the likes of Nia Archives and 2021 breakout hit PinkPantheress breathing new life into garage and drum & bass classics.

Smooth-toned lotharios have always had a place in hip hop and its surrounding counties but, if the success of Ashbeck and company is anything to go by, easy listening is particularly in right now and these guys are all over it. Catching J P Rose live is an Anderson .Paak-like whirlwind of intrinsic groove whilst the likes of Osquello, Feux and Wales’ Luke RV boast the incisive rap verses to match their melodic hooks and dunk their own alley-oops. A special mention must also go to the undeniable songwriting skills of vocalists such as Bel Cobain, KeepVibesNear, Saffiyah and more who have made many a hit with the above artists over the past few years.

Cranking these subtle forays into melody up to 11, fast, punky explosions of energy and an emphasis on live performance are the name of the game for these artists. Ever pushing boundaries (and limiters, as Parafiction lead vocalist Jambo’s transformation into Veles the Menace stands to evidence), this is a rather diverse cohort spanning influences from Math Rock, Digi Core, Synth Punk and a whole host of double-barrelled mouthfuls. Also of note is the melodic fever dream that is Hyperpop, which, following the successes of Glaive and Ericdoa in the States, has recently seen an incursion onto British soil in artists such as Dylazy and Finlince!.

Returning to the classic elements of hip hop, these artists reassure me that it’s still OK to sometimes turn up to a gig with a backpack and a bucket hat. On one side is the lyrical meanderings best described by CLBRKS as “off-kilter” like his movements that appear to be tapping into a very specific cross-Atlantic trend. Recent projects like CLBRKS and Dweebs’ ‘The Library of Babel’ or the eponymous ‘languid.oceans’ from producer languid.oceans and rappers looms., Obijuan and dylantheinfamous can be seen flaunting the immediately recognisable droning delivery and rather ingenious production innovations of artists such as MIKE and Earl Sweatshirt. On the other side is the decidedly more on-kilter lyrical prowess of Verbz, Renelle 893 and Manik MC who need no ‘New Wave’ label to be considered worth a listen.

A special mention must also go out to all the videographers making ‘New Waves’ of their own. Providing a British response to Cole Bennet’s Lyrical Lemonade platform in the US, Honey JD’s Loudhouse matches the colourful delivery of ‘New Wave’ artists with equally colourful and unorthodox approaches to directing. Meanwhile, Lauzza of the all-star esc.pln collective (also counting CMillano, Kwes e, Mazz and Phil as members) has made incredible leaps and bounds over the past year, working with global superstar PinkPantheress and pretty much half the artists featured on this guide. Brighton-based Cult Deep, on the other hand, have woven a dark netherworld with their artists, blending edgy underpasses and surreal edits in a viewing experience that acts as a lesson for councils everywhere to fluoridate their water. 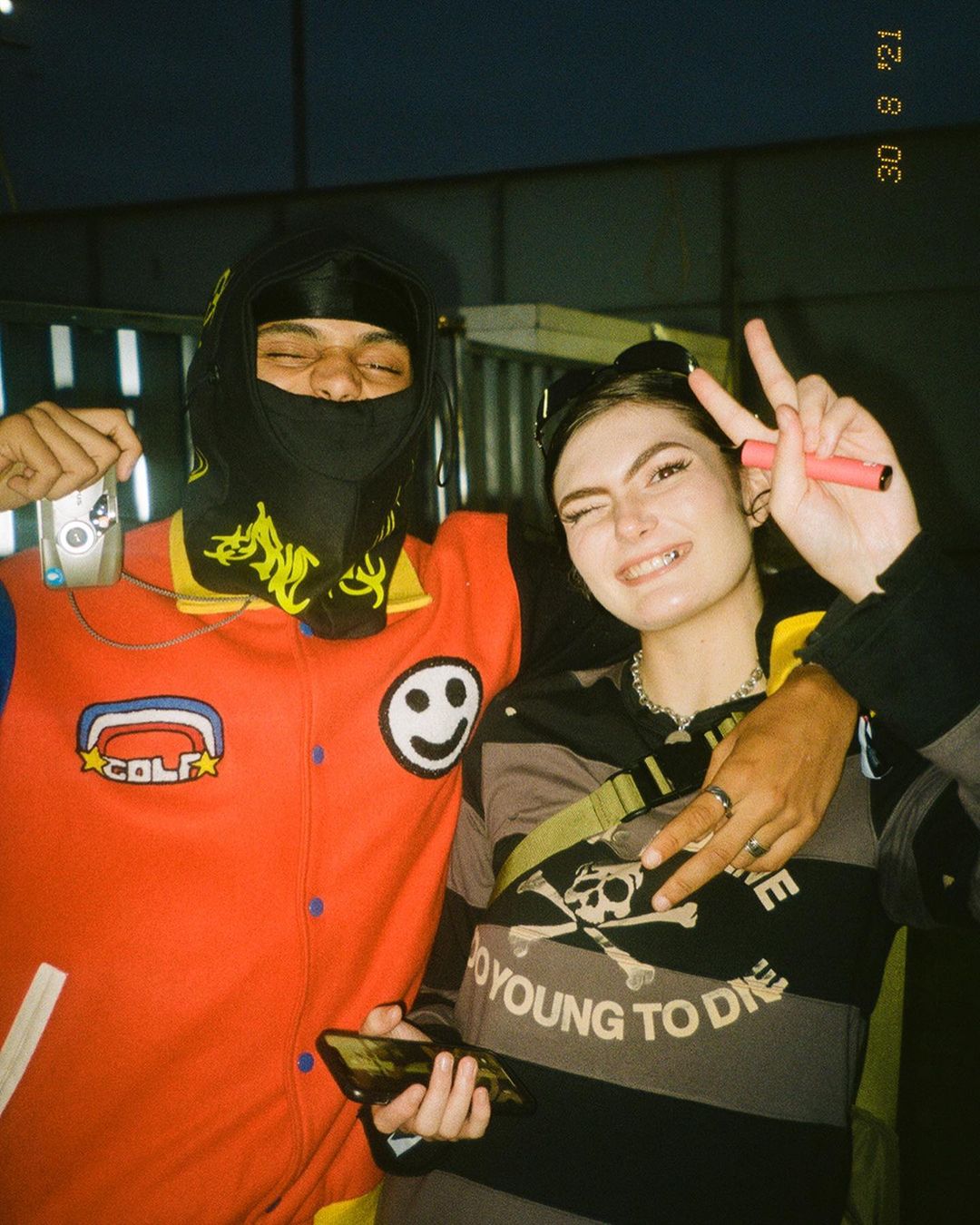 Writing the first ‘New Waves’ article back in 2020 I was determined to prove that there was something fundamentally new about that ‘New Wave’. Now, almost two years later, I’ve moderated my stance a bit. I’m hard-pressed to find any artist on that playlist that can be viewed in a vacuum, and would be naïve to think that this one is any different. I felt strangely sentimental when I heard Reyno and R.W’s 2021 release ‘Levi Roots’, bearing clear similarities to Ashbeck & El Londo’s early releases whilst somehow managing to look even younger than they did back then. I imagine they felt the same sort of captivation that I did a couple of years ago and have no doubt that they’ll build on these experiences. In some senses, ‘waves’ is a pretty good term to explain these movements: new ripples build on the energy of previous tides and, while some waves peak higher than others, all are being carried with the current. Suffice to say, we’ll be seeing you back here soon for a whole new playlist and generation of artists.

Click HERE to listen to the full 2022 selection on our UKHH.com: New Waves! Spotify playlist!

After a successful immersive exhibition at Rich Mix showcasi...

The Receptor Records gang are on to a good thing with the si...

If you don’t already know about KAM-BU go bump ‘...