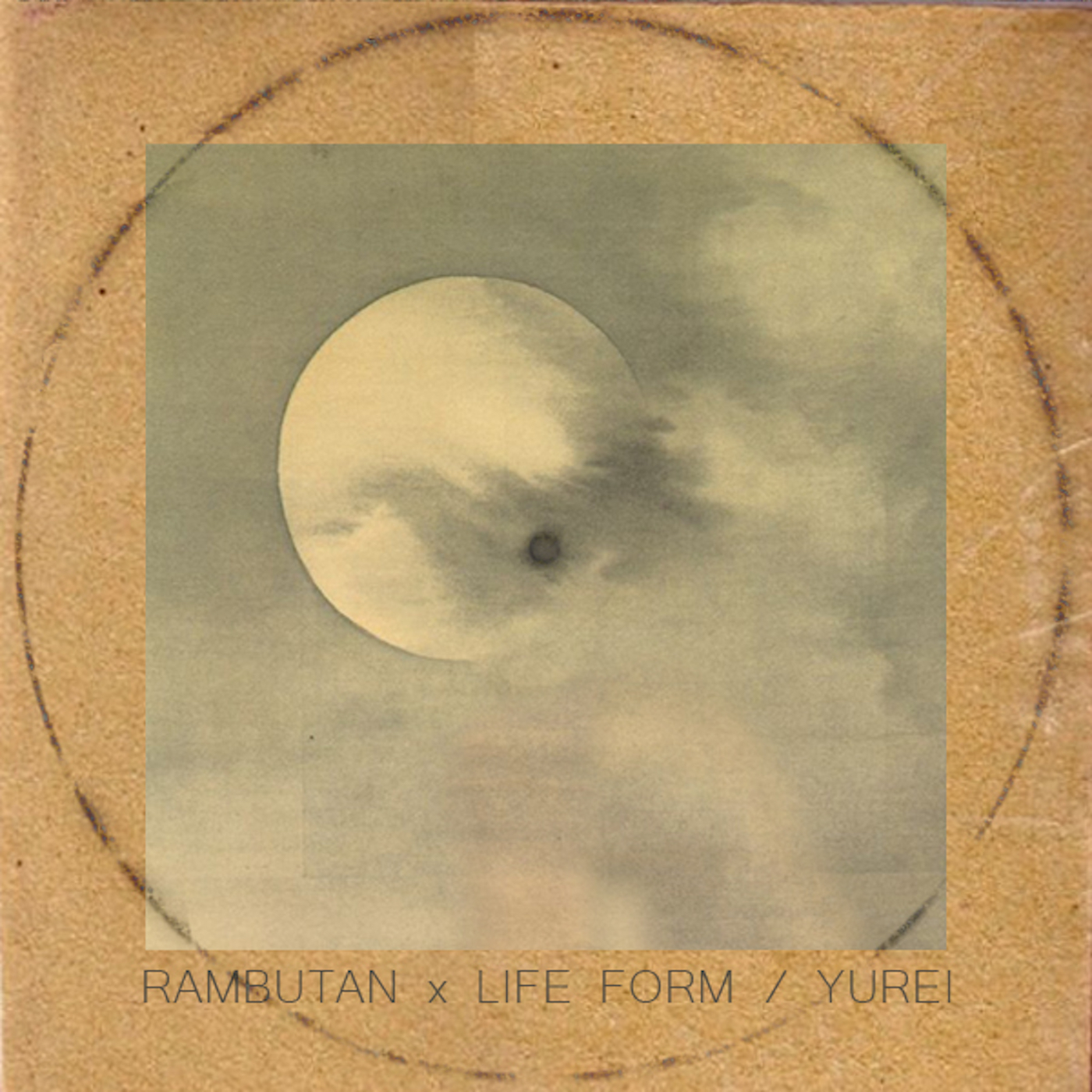 You ever notice that when the world is going to shit (which is, let’s face it, all the time these days), two interests become more popular. The first is sci-fi. It’s a way for people to envisage an unknowable future and a channel to explore what we’re all going through right now. The second is spirituality, which makes a weird kind of sense. After all, in times of rapid change, people crave some kind of spiritual outlet; an alternative to the social unrest and digital isolation slowly enveloping us.

So it’s no surprise that Yurei, the debut collab from rapper Rambutan and DJ/producer Life Form, takes inspiration from both. The EP paints a vivid picture of two worlds – the physical and the spiritual, colliding. It’s a picture that’s as bleak as it is brilliant.

Named after the ghostly figures found in Japanese folklore, Yurei are said to form when a person dies in a sudden or violent manner. According to legend, Yurei can bridge the gap between the physical and the spiritual worlds. If that all sounds a bit heavy, you at least get an idea of the tone of Yurei.

Opener ‘Clairvoyage’ blends bamboo percussion with Rambutan’s venomous delivery to create a track dripping in apocalyptic dread. That might sound depressing as hell, but for anyone willing to delve into this world, they’ll be rewarded with some exquisite bars and top tier instrumentals.

Lyrics referencing sacred Japanese superstitions are interwoven with contemporary lyrical hand grenades to great effect. On ‘Bali Song’, for instance, Rambutan spits: “That’ll be the day / Until then shut ya eyes tight / Because that fancy patterned oriental fan she’s holding / Is actually a butterfly knife”.

Of course, in these times of economic disaster, terrorist attacks and increasing inequality, some people just want to bury their heads in the sand and switch off. That’s fine, but for those open to exploring the spirit realm themselves, Yurei just might be the portal you’re looking for.

Yurei is out now on Gold on the Mixer.