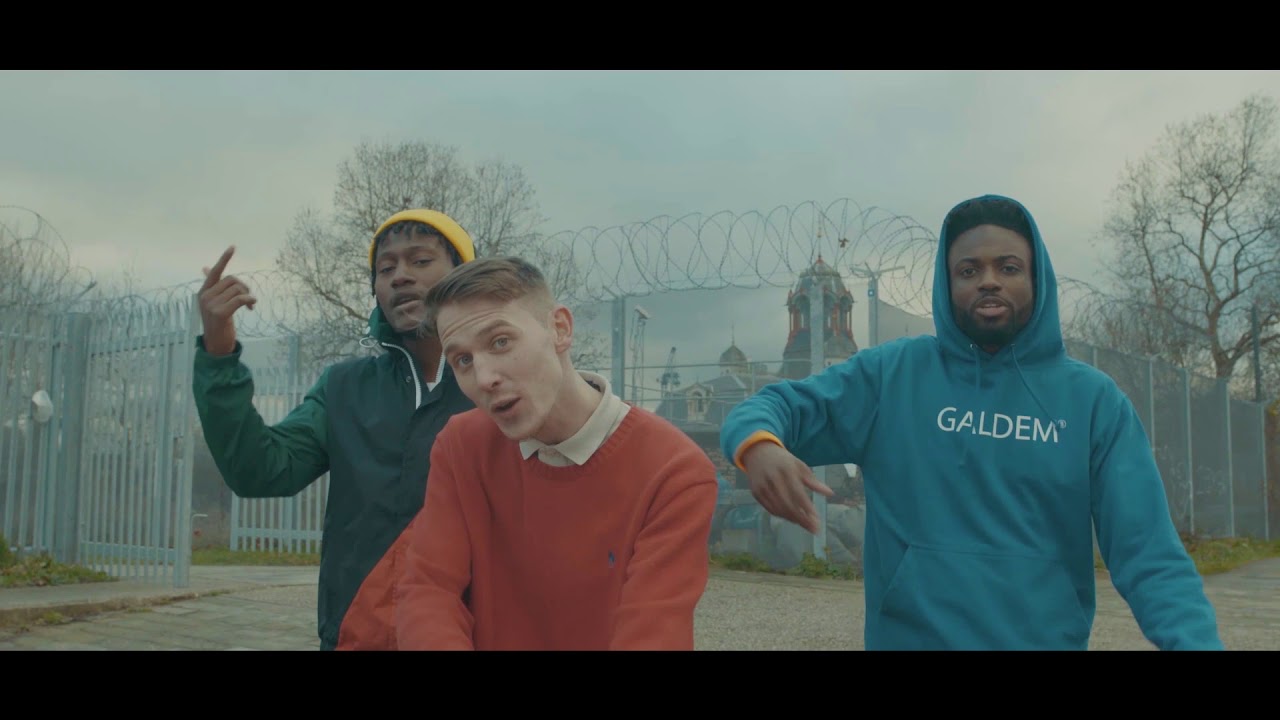 It’s been a big couple of years for Jungle Brown. With the wheels turning on promotion of their most recent release Full Circle, we caught up with the crew a few weeks ago to watch them smash their Hootananny Brixton live show. As well as dropping some exclusive UKHH Bars for us, Ric Flo and MAEAR took the time to talk on the Jungle Brown story so far and the new album. 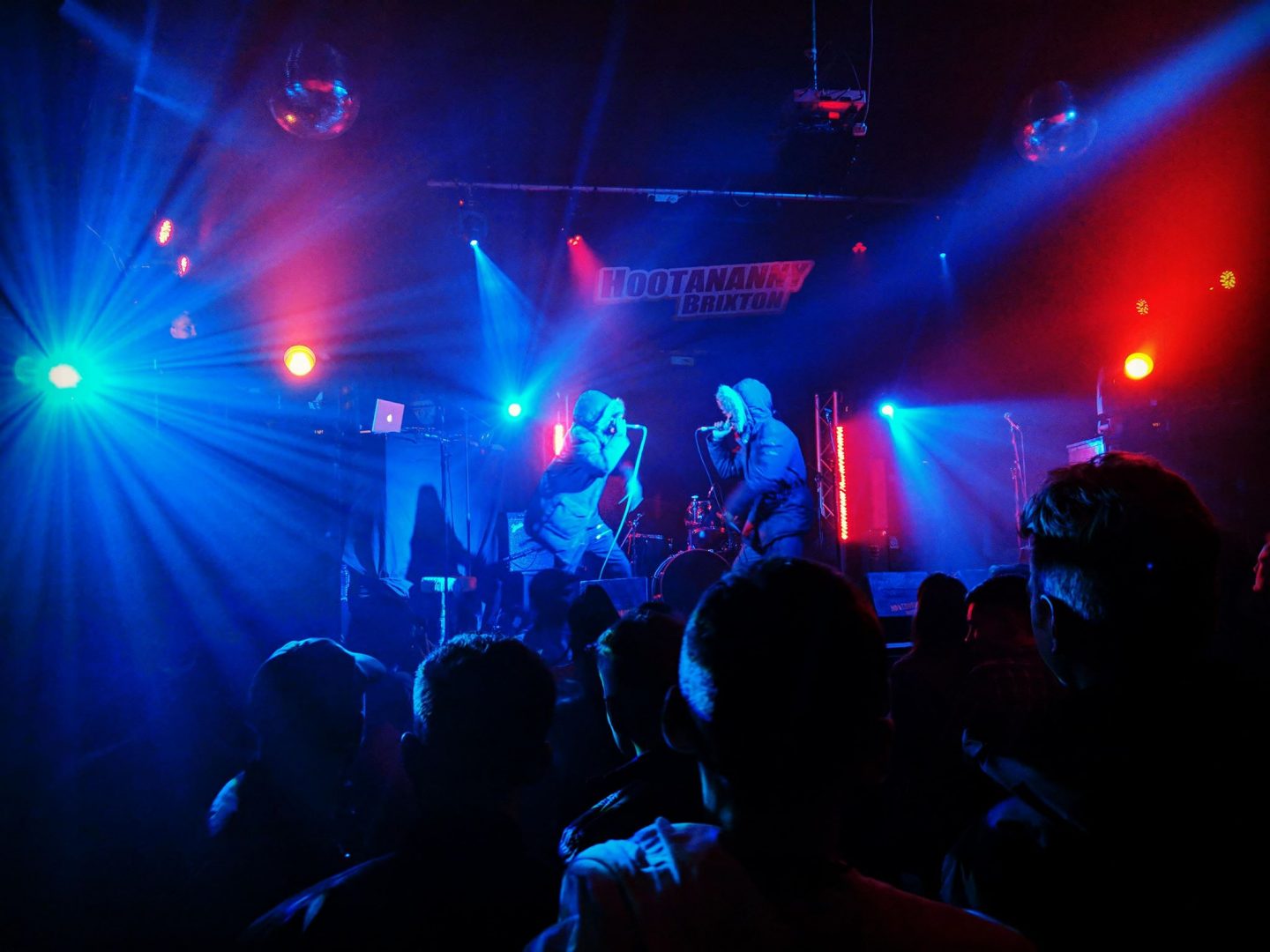 To any of our readers who aren’t yet Jungle Brown converts, can you introduce yourselves individually and what you bring to the Jungle Brown sound?

MAEAR: Pussy and paradise is my mantra. Paradise is inner and personal freedom. That’s what we build round here. I’m the smooth rapper. Tight, smooth flows, revolutionary lines.

Ric Flo: Floacist and Creative Director of artwork and visuals at Jungle Brown. Lover of art, melodies and empowerment so that’s what I channel.

How did you all meet?

MAEAR: Just met Bones and Ric around Bournemouth. All doing what we love individually and then the universe brought us together.

What sparked you starting to make music together and forming the crew?

MAEAR: We got a studio together about 4 or so years ago. And then someone just said, while we doing our thing individually we might as well form a group. And that was that.

Before we get on to the new project… We’re big fans of your first release. When we first heard Jungle Brown on board Flight 314, the sound was distinctively fresh and UK but also instantly reminiscent of golden era US hip hop acts like The Pharcyde. Was writing an album that paid homage to that sound the intention or did those influences just happen naturally?

Ric Flo: The Take 1 Ep was actually the first release from the crew which was boom bap beats we vibed too. Fulltime is actually an obscure Dilla beat… so I understand why people thought we were paying homage to the Golden Era sound but it wasn’t intentional. We just did what we had access to until Tony Bones got into the fold and put in his vision of sound and direction to move the game forward.

MAEAR: When the group was formed, the idea was to make jazzy hip hop so that’s what we did. The idea wasn’t to specifically honour anyone but I guess, being jazzy hip hop it was also going to draw from those type of early influences.

Flight 314 caught attention and got some serious play, did you expect that at all from a first release and was there a specific point where it started snowballing into something that a lot of hip hop heads were aware of?

MAEAR: To be honest, I didn’t have any expectations, it was just whatever happens happens, the destiny of a worldwide impact is always there, but the timescale is just whatever. It was nice to receive that kind of feedback and attention for the work we put in. As soon as we dropped the project the snowball effect happened because Apple, Spotify and Tidal all showed major support. One key thing was that we release the project on the same day as Kanye, and he had the exclusive with Tidal going on, and Tidal had us on the front page, so for the first stage America was big business for us… it was sick.

Nobody ever starts making hip hop without being a fan of the art first. As part of Jungle Brown’s rise, being on the bill with numerous veterans of the game, were there any points where you’ve met acts that inspired you to start in the first place and what was that like?

MAEAR: For me Ghostface was probably the biggest deal. I was a big fan of him growing up, even up to this date I still bang new Ghostface. It was mad cool meeting him, we had a lil jam session outside his tour bus with our sax player. It was a vibe… he said keep doing your thing… and we gave him a vinyl.

Ric Flo: De la Soul stage show and crowd interaction was inspiring. I feel our show stepped up just by witnessing their vibe. Meeting Erick Sermon from EPMD was a moment too. I used to always bang the Erick Sermon Music album when I was a teen. He praised us backstage for our sound and told us to keep on holding the touch for the game… He signed my Music album and exchanged the EPMD album for the JB Flight 314 vinyl.

When did Full Circle start coming together?

MAEAR: We probably had tracks from around Flight 314 days, but we really started to round up the project from mid 2017, scrapping a few and making some more and also refining. The bulk of it was done in 2017.

As a next step, it stays true to the old school vibe you’ve already established but it definitely sounds like an evolution. What lead to the combination of adding soulful elements and more technical jazz rhythms as well as introducing house influenced beats at points?

MAEAR: I think we all felt like we needed to showcase other sides to us, although we make soulful and jazzy hip-hop it’s not actually our biggest influence, it’s our earliest influence. We just wanted to reflect more of ourselves into the music.

The hip hop game in the UK isn’t an easy thing to turn into a career. In different ways both Flight 184 and Full Circle have a sound that manages to balance being credible and commercially viable. Is this something intentional that thought has gone into, or is that just how it’s come out?

Listening to Full Circle it’s obvious that you guys have a wide range of influences. What’s the furthest thing from hip hop that you all vibe to?

Ric Flo: I love SBTRKT. I was banging out the first album for time when that got released and still love it to this day. I guess they call it Electronic or Future Garage. Gold Panda, Tycho, Ta-ku are vibes too.

MAEAR: I like Swedish ALT pop, electro something music, I dunno what to call it but my two main artists are Lykke Li and El Perro Del Mar.

Having thrown new stylistic elements into the new album and it all coming together into something dope, are you guys already brainstorming what musical curve ball you could throw into Jungle Brown phase 3? Or any specific styles you love that you could see yourselves (individually or as a group) dedicating a whole project to?

MAEAR: Yes 100 percent, we have already started making new music, we are diving deeper into our interpretation of some things going on in music right now, its sick. We are all doing solo music as well, what I love about that, is we get a deeper insight into ourselves as individuals on the solo stuff, it takes you further down the rabbit hole of Bones, Ric and MAEAR.

Live shows are clearly important to JB. You’ve played out a lot. With promotion for Full Circle in motion what’s coming up? Anything mad in store for the Summer?

Full Circle is available to buy on all digital platforms.