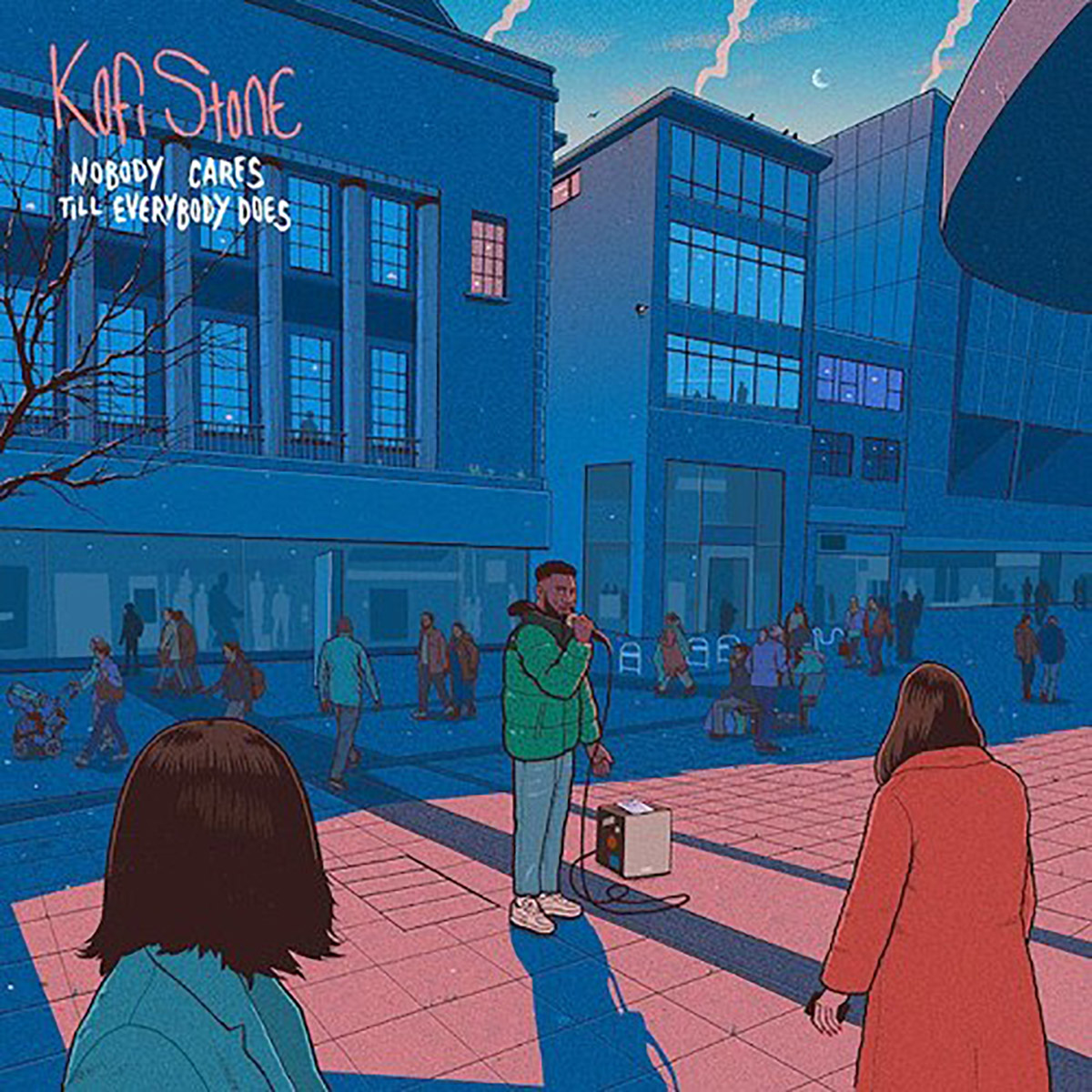 You ever notice how when a rapper based outside London drops a debut album, the press always focuses on where they grew up? Every mention of Shogun has to include that he’s from Paisley. Every piece on Leddie MC discusses how her Middlesboro accent defines her sound (I know because we do it too). It’s fine to discuss how an artist’s upbringing influenced their style, but it’s often at the expense of talking about their music.

So, when talking about Kofi Stone’s debut album, you’d think it would be a real effort not to talk about his Birmingham background (and yeah, we know he was born in East London). But Nobody Cares Till Everybody Does sidesteps any attempt to be localised.

The blend of ‘90s East Coast and confessional lyricism gives a new slant to an old sound. The intimate bars of ‘Talk About Us’ (with vocals from Ady Suleiman): “These four walls maybe know me best / I spent nights all alone in my head / But never mind I’ll be fine in a sec / Well, I hope so, I can’t lie I’m a mess” will be painfully familiar to anyone who’s struggled through a breakup they can’t quite accept.

First single ‘Same Old’ captures the claustrophobia of growing up in a house rife with violence but short on role models while ‘Stepfather’ deals with the aftermath. ‘Rodney Place’ follows in the same vein, breaking down the life-long impact of divorce with such surgical precision it’s hard not to wince. NCTED has a habit of dropping truths like this; so acutely recognisable you could swear Stone lifted it straight from your own head.

The album offers up some vital lessons too – like in the autobiographical tale of a busker whose fortunes take a turn in the title track. Follow up track ‘Busker Flow’ offers the real lesson; the only acceptance that matters comes from one person: “I’m telling them fuck your validation boy I validate myself.”

With production from the likes of Pitch 92, Joe Corfield, and Saul The Same, the beats were never going to be anything other than on-point. The tracks flow by with such ease, you have to check it’s really been 15 by closer ‘Karma’. From the hazy minimalism of ‘After Hours’ to the soft jazz of ‘Hugh’, each track has its place, and that place is buoying Stone’s effortless flow.

Nobody Cares Till Everybody Does doesn’t need a birthplace – the themes are instantly identifiable and the bars don’t need a gimmick to land. Across 15 tracks, the young rapper proves his versatility while maintaining a distinctively universal appeal. Birmingham, London, New York, who cares when it slaps this hard?

Nobody Cares Till Everybody Does drops today on Kofi’s own label tru community. Cop that!