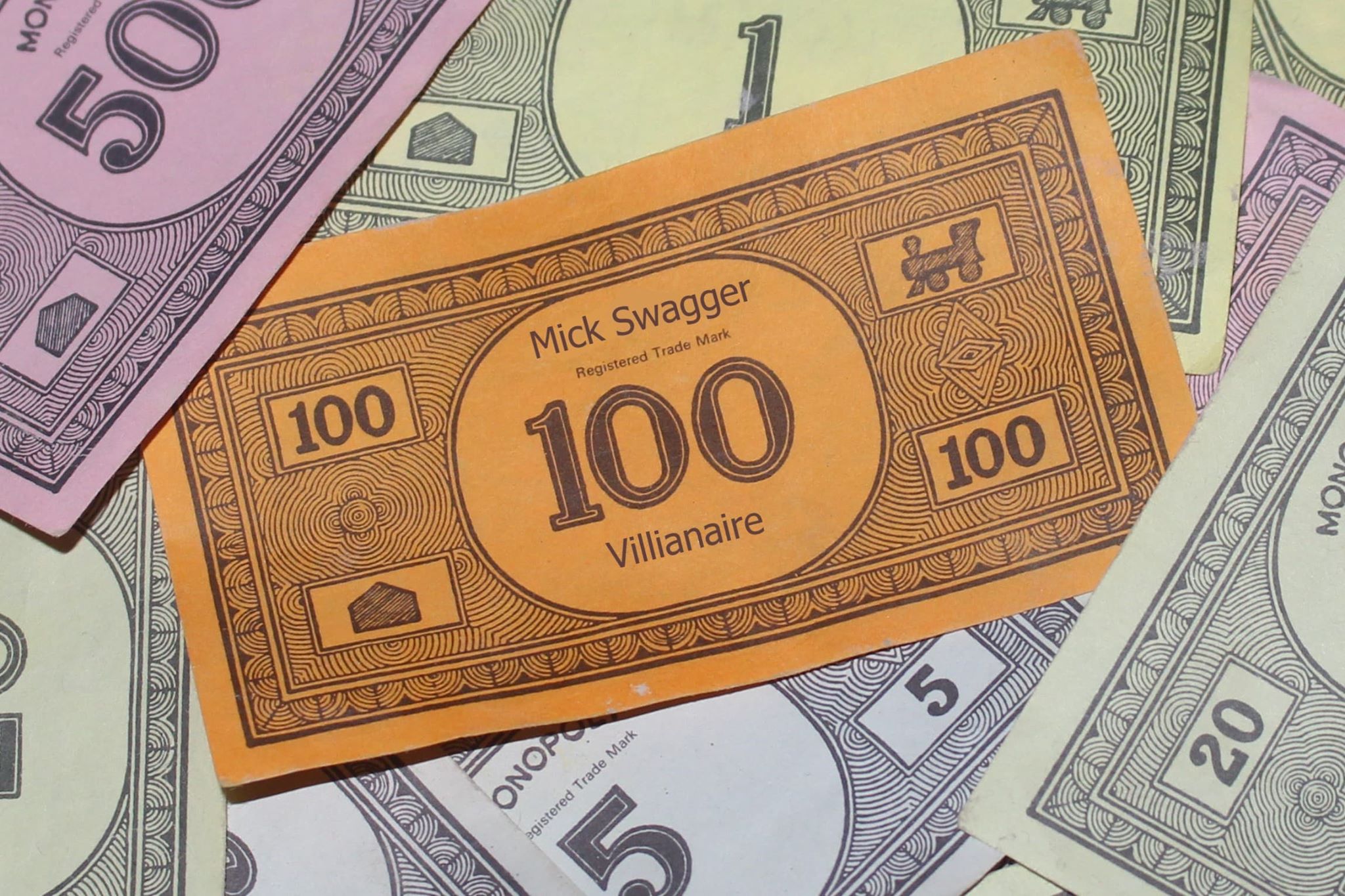 Mick Swagger’s unique style is showcased in full force on his self-produced LP release Villianaire, as his distinctively incisive vocals and complex rhyme schemes deliver punchlines with a wittiness that most battle rappers aspire to- such as “fuck around and catch a bullet like Penn & Teller” or “call me Pill Cosby, spike my own drink probably”. Moreover, Mick’s skills as a producer really shine through as Villianaire takes us through an impressive array of soundscapes, spanning the laid-back and self-proclaimed “ignorant shit” on ‘Corruption & Filth’ to the layered rhythms of ‘Hulk Hogan’. This is assisted in no small part by the spectacular cast of features on the release: where New York rapper Alpha Memphis brings decidedly bombastic vocals to accompany Mick on ‘That’s About It’, Connie Bond is given free rein on the closing track ‘Starshine’, with Mick’s production bringing a trip hop vibe that would feel entirely at home among the discography of Portishead or Radiohead’s later releases.

Opening track ‘Call Me’ is equally impactful, stringing together triumphant horns and an uplifting chorus that is cut through effortlessly by Mick’s coarse voice and sharp punches. It is also the perfect opportunity for Mick to show that, lyrically, he is a cut above the rest, bringing intricate patterns full of internal rhymes that give his verses an almost inherent logic as they meander their way to a seemingly natural conclusion: “Still ill from back in the day, yeah I’m bringing the pain and if not let’s sing in the rain. Butterfly flutter by like Cassius Clay, I’ll be acting this way ‘till I jump back in my grave”.

Meanwhile, the main single from the release, ‘Hulk Hogan’ is accompanied by visuals that are equally as memorable as the Nickelodeon Loud House character with whom Mick Swagger shares his name. In much the same way as his comedic storytelling on ‘Never Been Stoned’, the layered instrumentation on ‘Hulk Hogan’ provides a rich environment for Mick’s lyric-heavy style to flourish, all the while structured in verses that are neatly framed by a torrent of eclectic samples. Even MF Doom would be proud.

Despite only clocking in at around 30 minutes, Villianaire brings 8 potently crafted songs that all hit different notes. With such highlights as ‘Starshine’, ‘Never Been Stoned’ and ‘Call Me’, Mick Swagger’s cohesive project’s worth is far in surplus of the £5 digital download price. Cop it now here!

Catch Mick alongside George Bucks as part of our UKHH Takeover at this year’s Nozstock festival!