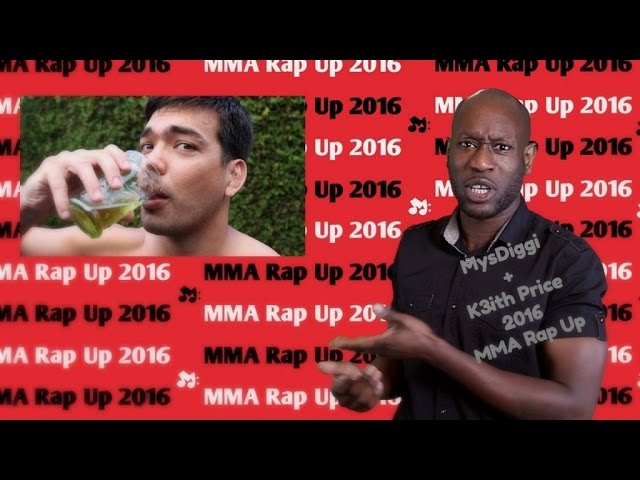 It’s been a good start to 2017 to say the least for London based Mysdiggi FKA Mystro. Anybody vaguely familiar with Hip Hop on these shores will know Mys; from his early days hosting Kung Fu in the early 2000s to his latest venture bringing UK Hip Hop to your TV screens, The Natural Born Spitta has remained consistent throughout.

After spending a large part of the second half of 2016 touring Europe with Smokey Joe & The Kid, Mys enjoyed a strong start to 2017, firstly dropping the MMA Rap Up 2016 over an upbeat Jazz inspired production from K3ith Price (Look out for an LP dropping from these two). Mys delivers a rundown of the highlights of 2016 from the world of MMA in signature witty style. Definitely worth checking out!

And now for something completely different! Next up Mys got the masses dancing in their kitchens when he hit our tv screens with Food Dancing (Yum Yum Yum), which saw him team up with Sainsburys to deliver a TV Ad for their new campaign, the full video can be seen below and the track is available for download/streaming on all your regular platforms.

Mys is no stranger to the topic of food, check out this Freestyle video he dropped for us in 2013.

As always, there’s no signs of slowing down, with talks of a new LP in the works, a bunch of tour dates already set which can be seen here, and The Hip-Hop Show with Sarah Love and Mysdiggi every Monday on Fubar Radio, it doesn’t look like this Mutha Luva’s going away anytime soon!

Renelle 893 – ‘Everything is Temporary’ Review