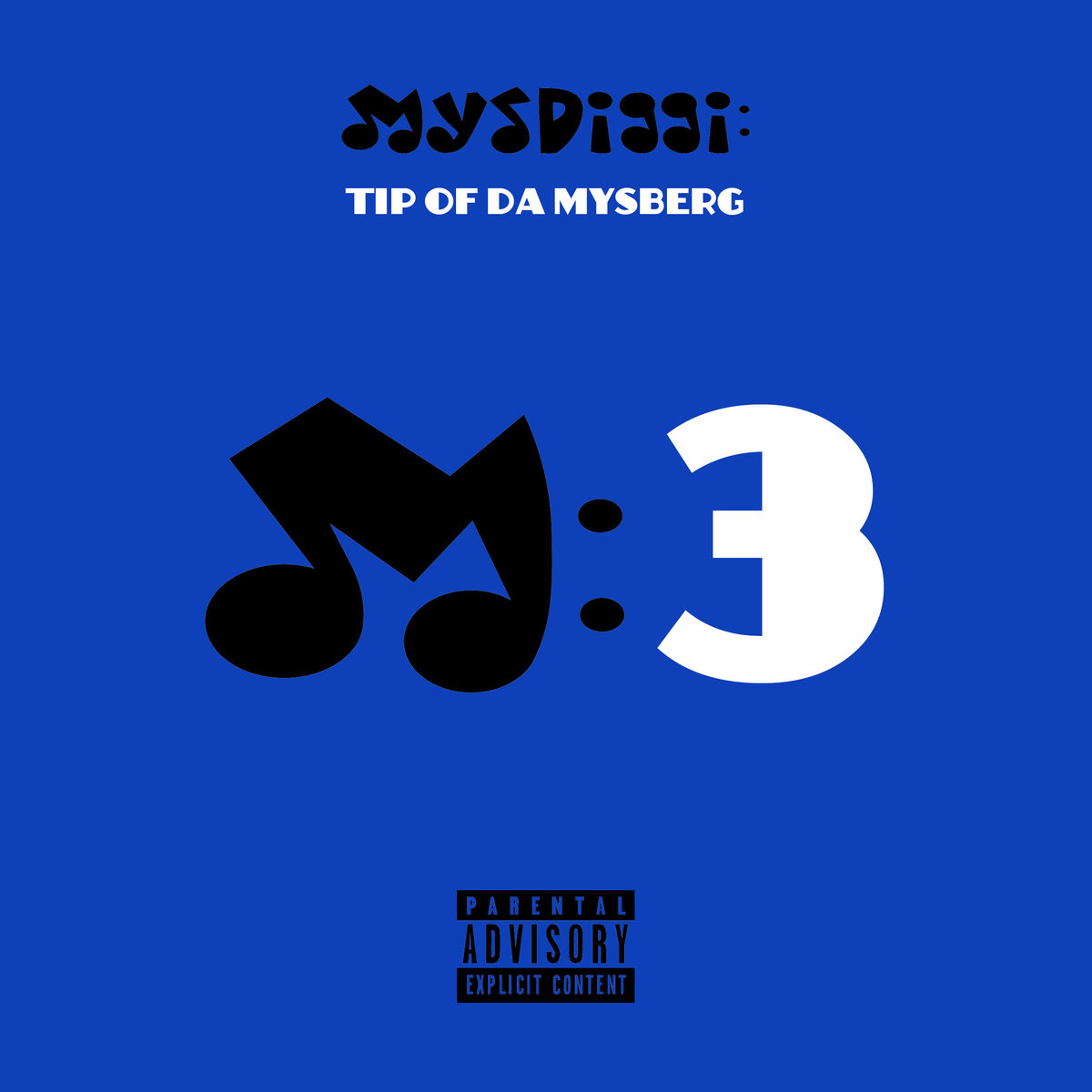 The artist formerly known as Mystro returns with the third instalment of his ‘Tip Of Da Mysberg’ series. Kevin Amarfio, or MysDiggi, as he’s now known, is back and fans will be pleased to know the change in name hasn’t dulled his razor wit or sonic ambition.

It’s this ambition that led the original Mutha Luvva to try everything from dropping tracks for Sainsbury’s and Subway to supporting heavyweights like Wu-Tang Clan, KRS-One and Pete Tong. MysDiggi’s colourful career is reflected in Tip of Da Mysberg 3. In fact, it’s his willingness to push beyond the usual hip hop parameters that makes him such a fascinating artist.

Fans of the west London MC’s previous work will recognise the wry sense of humour (see: “I’m hardcore, doing parkour in flip-flops”) and eccentric outlook that runs through TODM3. Those looking for straightforward boom-bap might be disappointed, but those willing to step beyond their comfort zone are in for a reward.

‘Wait There’ barrels along with the speed of a freight train, aided by some serious bars from the one and only Gee Bag. Meanwhile, the wavy vibes of numbers like ‘Dreamin’’ and ‘Where Do I Begin’ (both prod. K3ith Price) slow the pace but keep the lyrical content on point.

Sometimes, though, you just need to strip it back and drop some solid gold bars, and there’s no shortage of those on TODM3 either. Tracks like ‘Hoolahooping’ and ‘Off the Leash’ showcase Mys’ verbal dexterity and prove lyrical ambition isn’t a barrier to rapid delivery.

It’s an eclectic mix of styles, flows and themes, and it’s probably the diversity in the listing that keeps the 18 tracks TODM3 from dragging. If anything, the sheer pace of change makes you appreciate how adaptable Mys can be, like on ‘Skull Island’ where producer Twisted Roots uses a collage of old-school arcade game sounds to reimagine the King Kong story against an analogue backdrop.

TODM3 might not be for everyone. The sheer scale of sounds and styles might be a struggle for some, but then it’s unrealistic to expect an artist known for testing the boundaries of UK hip hop to stay in one place. Listening to Tip of Da Mysberg 3, it’s clear that MysDiggi still has plenty more hiding beneath the surface.

Renelle 893 – ‘Everything is Temporary’ Review