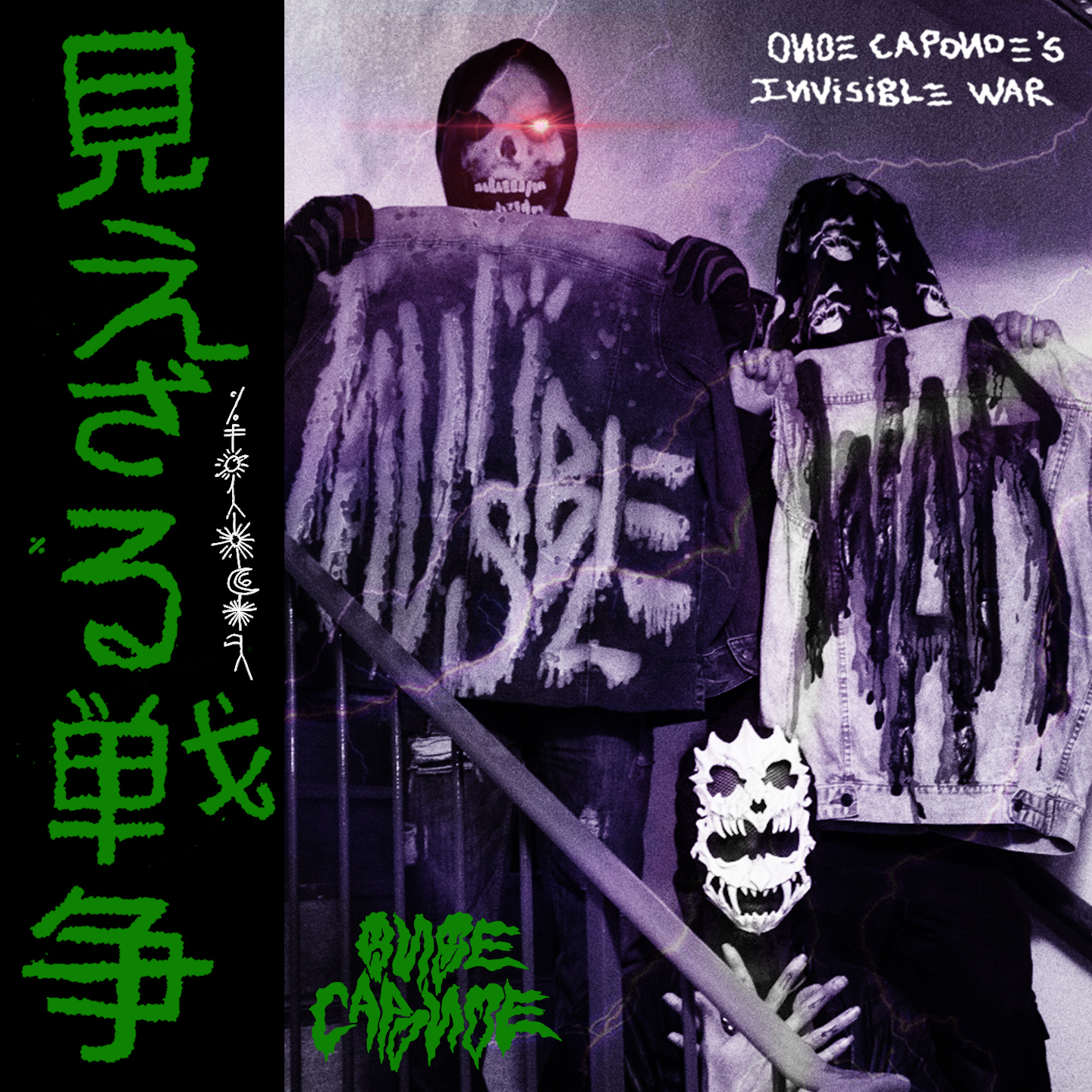 Perhaps it was that I had a mild hangover, or the January blues. Maybe it was that I’d spent the week before revisiting Onoe Caponoe‘s blissed out cosmic debut Voices from Planet Catelle. Whatever the reason, I wasn’t prepared for Invisible War.

Last year’s Surf or Die – hailed as the ‘definitive Onoe Caponoe Album’ – signaled a shift away from the hazy backpack beats of Voices and The Staircase to Nowhere. His latest effort marks another stage of that evolution. Tracks like first single ‘Breaking Out the Mist (Ft Miles Dare)’ hark back to an earlier time. But on Invisible War the London rapper is clearly – as they say – on some other shit.

The disorienting mix of throbbing bass, tinny percussion and ominous rainforest noises on ‘Jungle’, for instance, is genuinely terrifying. Caponoe’s breathless delivery drips with vitriolic menace – and sets the tone for pretty much all of Invisible War.

‘Wild in the Streets’ (Prod. DJ $abre Watts) drips with early ‘90s jungle vibes (not to mention a delivery that would make General Levy dizzy). The rapid-fire bars of ‘Ghost in Ma Alleyway’ bounce over a bassline so wobbly you’ll worry your ears have been spiked with ketamine. That suits the vocals just fine. Unlike the double-time dexterity of Ocean Wisdom, Caponoe’s bars feel unhinged; as if he were spitting them while hurtling down the M6 on a 4-day bender.

Instrumental breaks offer brief respite from the breakneck pace. Numbers like ‘Ur Killing Me’ step the pace down to a leisurely crawl. But before you can catch your breath, you’re hurled headlong back into the fever-dream of Caponoe waging his Invisible War.

As you’d expect from a High Focus release, the production is on-point. Often times it feels like they crafted the beats off the back of Caponoe’s bars. Elements of everything from trap to breakbeat to G-funk lend Invisible War an unpredictability that keeps you guessing right until closer ‘Crying Cat’.

A heady and overwhelming journey into the darkest corners of Caponoe’s universe, there’s still plenty to love about Invisible War. If you’re willing to commit to its cause, you’ll be rewarded with some brilliantly original hip hop. Once you sign up though, there’s no backing out.