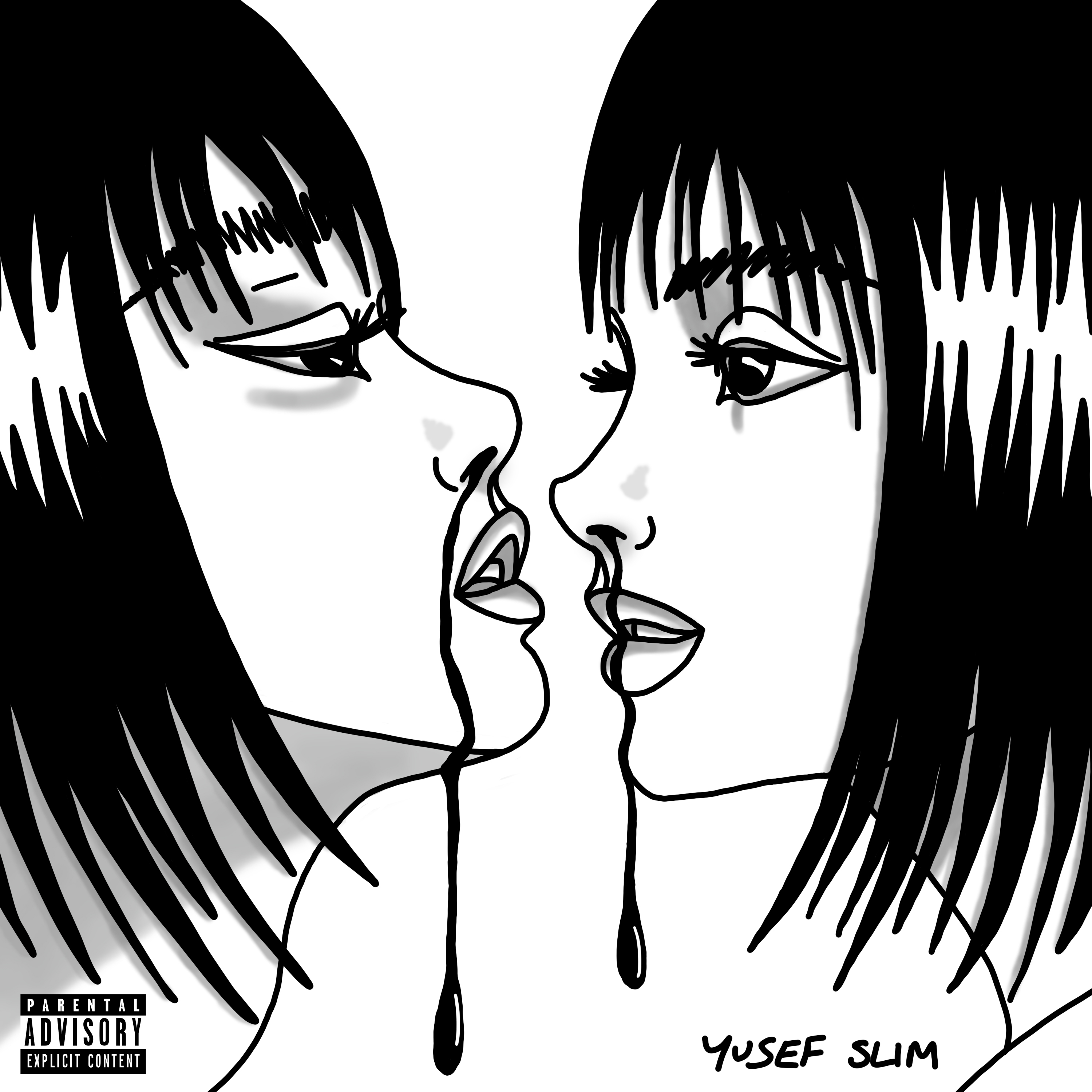 Navigating everything from drill abrasion to eclectic sampling to ‘new wave’ bounce with lethal execution, creative mania is the name of the game on Yusef Slim’s latest EP- and it’s mesmerising. With a kaleidoscopic prior discography drawing on sonics from both sides of the pond, Slim settles a bit closer to home on this project with track titles like ‘Croydon Zoo’ and ‘Fake Taxi’ (c’mon, you can’t get more British than that).

Adorned with pop culture references to Dragon Ball Z, left-field illustrations and eccentric delivery, the Mania EP injects a colourful dose of personality into these somewhat murky British environments. Bumping hooks like “stay outta sights, still on the strip like fake taxi” or “got no love for the boys in blue” Yusef playfully skrrts around some rather dark underlying themes.

Meanwhile, pushing and pulling at different elements of the instrumentation, Yusef really brings the textured soundscape of lead track ‘I Just Ghost’ to life. Familiar drill features of discordant, sliding bass throbs and unorthodox drops are mirrored in Slim’s timely use of internal rhymes and explosive flow patterns.

And, with only four tracks in its arsenal, displaying such a level of mastery over a full range of energies populating the contemporary UK underground is no small feat. Be it channelling the sporadic drill-bassline delivery of artists like Unknown T on ‘I Just Ghost’ or the vocal dynamism of new wave artists like Kish! on ‘kaka’, or even the bouncy industrial sonics of artists like Quade Poundsign on ‘Croydon Zoo’. Slim practically reaches Avatar-levels, balancing four elements with impressive harmony. Don’t get it bent, though, the Mania EP is pure fire.

Get an earful of Yusef Slim’s ‘Mania EP’ out conquering the four nations now .