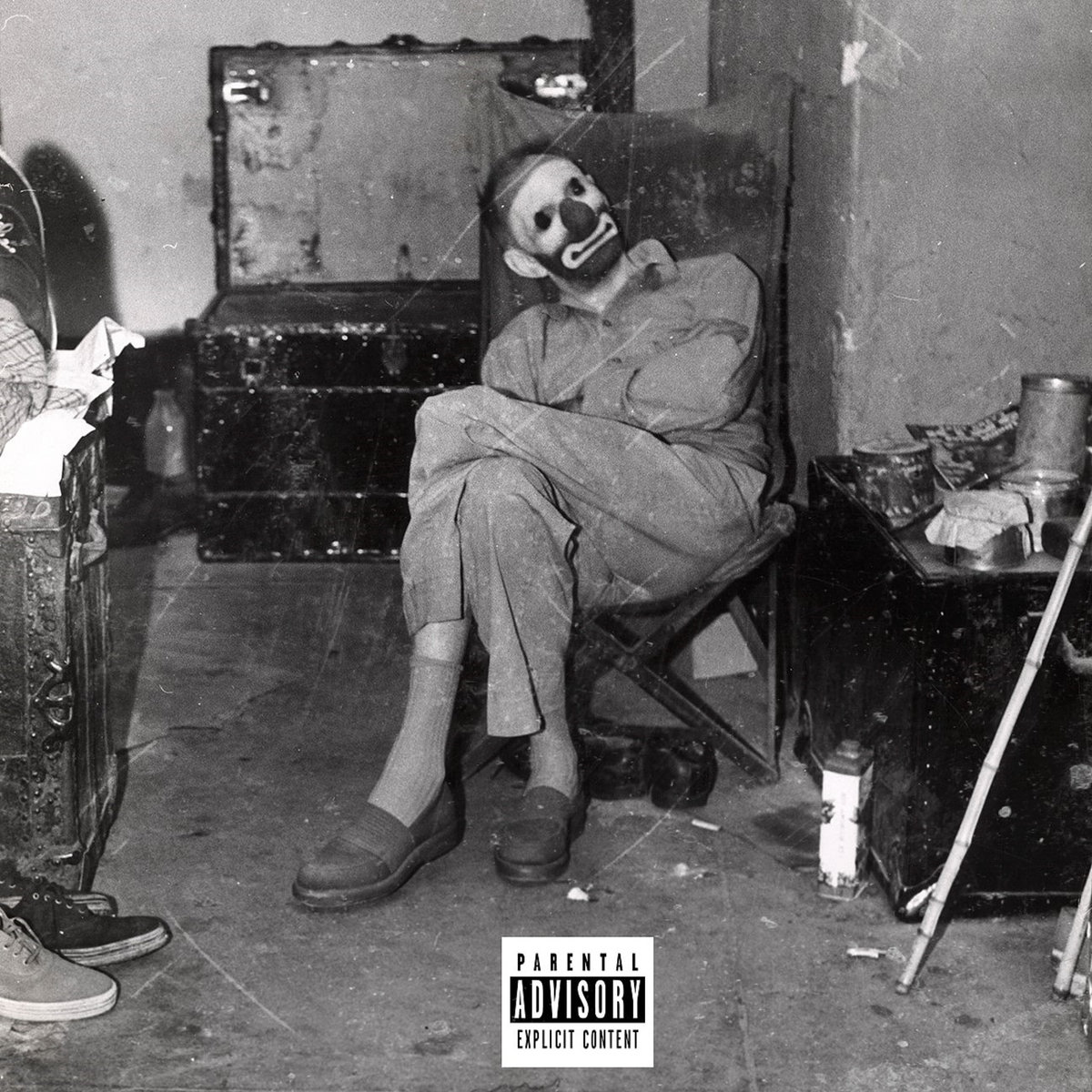 Megalomaniacs gunning for WW3, Kobe-killing copters, bat broths bringing the world to a halt; let’s face it, 2020 has been shit. in these dark times, there are two kinds of people:

Gallery of Pain, as you might have guessed from the title, is for the latter. The latest release from Blackpool rapper Amos and producer Pro P promises to lay bare the ills of the world – and does it with relish.

From the bombastic opening bars of ‘Shimmy Shake’ to the closing hook of ‘They Just Don’t Get It’, Gallery of Pain distils a very specific kind of anger. The acerbic bars of ‘Written in Dust’, blend nightmarish stop-start instrumentals and bars that Charles Manson would baulk at in a sound reminiscent of Onoe Caponoe’s latest horrorfest Invisible War.

With its staggering opium-den beat, dingy melody and treacle-thick bars, ‘Shiftee’ could be the grimiest tune of the year. ‘Seat D’, meanwhile, feels like a Sage Francis tune rapped underwater by Jam Baxter.

The title track bristles like a cornered animal. Bars like “Dimension are closing in // Suffocate by suffering // Sugarcoat the weaponry” drip with more venom than a king cobra jacked-up on arsenic, even if they don’t really make any sense. The semi-impenetrable imagery in Amos’ lyrics just adds to the bewildering brutality of it all.

The few collabs on the album offer a glimpse into the murkiest depths of Manchester’s budding hip hop scene, with guest bars from rising stars like Bowski, Frisko and Spider Jaroo.

Pro P, whose fingerprints can be found over some of the best releases from the north-west in the past few years, is on top form here. The production shifts from brooding, minimalist dubstep to disembodied electronica to straight-up boom-bap. Is it a sign of their musical connection (built over several years of NSR collaborations), Pro P’s expertise on the beat or Amos’ versatility? It doesn’t matter; Gallery of Pain gets the balance better than a three-legged tight-rope walker.

So, if you’re craving a release from all the bullshit going on in the world right now, you could do far worse than firing up Gallery of Pain and letting the anger wash over you. For everyone else, enjoy your whalesong.

Gallery of Pain is out now. You can cop it here on Bandcamp, and remember, Bandcamp is waiving its admin fees for artists on the first Friday of the month for the next month.